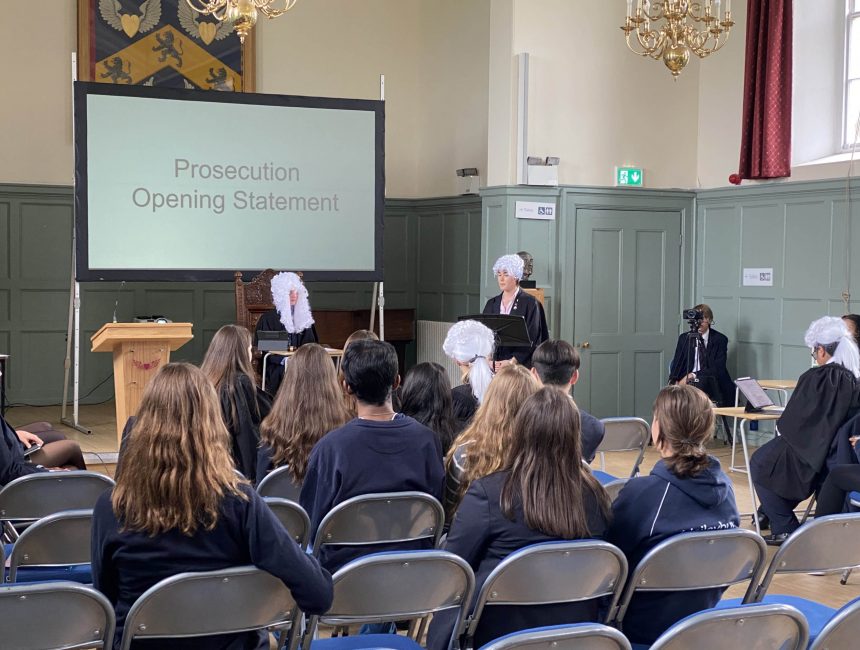 Recently, pupils took part in a Mock Law Trial organised by the Presidents of the Law Society, Declan and Patrick, L6. They chose an incredibly gripping trial from the US and adapted it into UK law. The Case of R v Beck Martin, a murder trial involving Beck Martin who was accused of murdering one of his peers. Interestingly his school friend mysteriously died after discovering that Beck cheated in an exam that would secure him a scholarship at a prestigious university—a position they were both competing for. With evidence pointing towards a ruthless killing, Haileyburians assumed various roles such as judge, jurors, witnesses, barristers, solicitors and clerk to investigate the case and reach a final verdict.

Declan and Patrick expressed their enjoyment in organising the simulated courtroom; they felt it was a smooth process with plenty of cooperation and preparation between them, their peers and Mrs Clare Tomsett, English Teacher & Oxbridge Coordinator. The Law Society had a number of preparation meetings leading up to the trial which included an exciting mentoring session from a barrister. 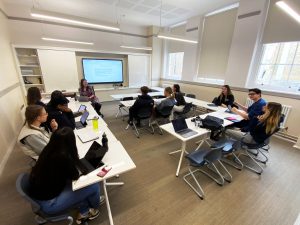 “The experience provided a great opportunity to learn with greater depth about the court trial process in the UK. It was especially helpful to have Mrs White, a barrister, make a guest appearance at one of our preparation sessions to talk to us from the perspective of an experienced professional.” – Declan, L6

After many weeks of planning and meticulous work, the Mock Law Trial was a brilliant success. The pupils gathered a gallery which was heavily engrossed in the engaging performances and mystery of the trial. The prosecution and defence solicitors fired their tactical questions to which witnesses responded with assertive and conscientious answers. It was extremely thrilling to watch the trial and see how the pupils improvised while holding character as well as effortlessly communicating intricate information.

After a considerable deliberation, Beck Martin, portrayed by Donatella, was ruled as “not guilty” by a unanimous vote from the jury.

“Everyone performed amazingly. The witnesses did incredibly well at getting into character and played their roles very convincingly. I was greatly impressed by how well everyone memorised their witness statements and prepared for their questioning. The barristers spoke with great authority and confidence, and had clearly prepared their strategies and questions well.” – Declan, L6

Declan and Patrick most of all enjoyed how the Mock Law Trial brought together a fantastic group who were compatible when working together and achieved a successful project. The practical experience helped our pupils consider career paths for university studies and opened their eyes to the exhilarating world of criminal law.