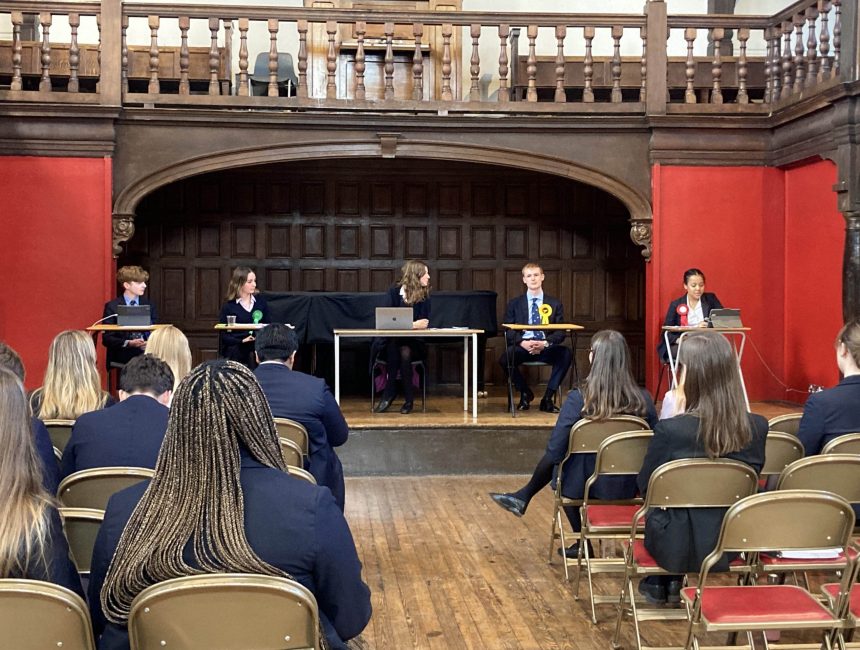 In late May, Lower Sixth pupils gained new appreciation for the democratic process when party leaders developed in-depth platforms and campaigns to run in a mock election. Voted in by peers and teachers alike, the simulation provided a practical learning experience that deepened Haileyburians’ knowledge in the political process and individuals responsibility to critically analyse parties before casting a ballot. Read on to hear more from Mr Belfitt and discover the election outcomes.

We had a renewed taste of representative democracy this term when pupils engaged in their first Haileybury Mock Election since 2019. This election, a project introduced to the Lower Sixth (L6) to teach the students about the British electoral system, saw four Parties, led by the L6 Politics A-Level group, battle out in a competitive but respectful election. The whole school was then invited to participate in voting in the election.

The pupils themselves were tasked with creating informative leaflets and dynamic videos that helped inform the rest of the student body. The content the students produced was very impressive, including well-created election videos which entertained and informed the school. The students also got the opportunity to speak to and answer questions from the Lower School in efforts to win their vote.

A wonderfully organised husting by the student-led Attlee Society pitted the speaking skills and knowledge of the party leaders against each other. This was led to the highest degree, and the knowledge and passion on display led to a great informative evening. Donatella and Zoe spoke particularly well for their parties. 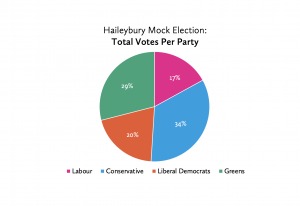 “Overall, I was very impressed with the whole group and thrilled with the project. The results saw a fantastic 45.5% turnout, which can hopefully be increased in years to come. The whole school enjoyed the experience, and we are looking forward to re-running it again next year.” 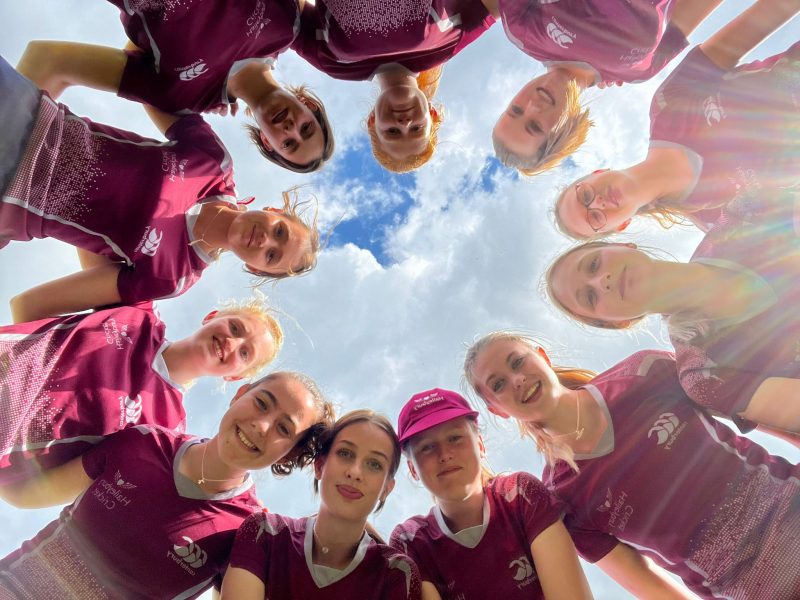 Great Strides for Girls Cricket – May 2022 Round Up