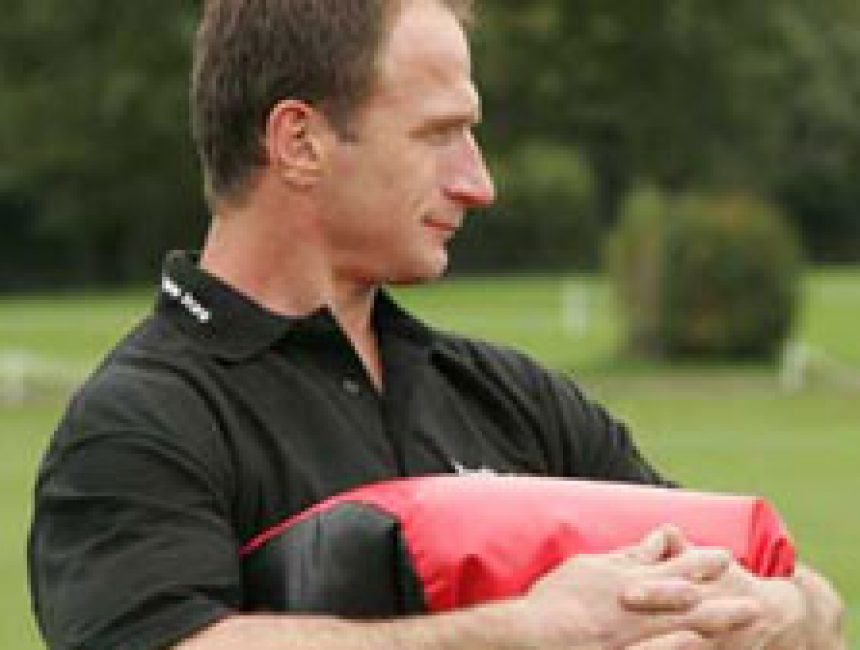 International rugby star Mike Catt visited Haileybury on Wednesday to help out in a Lower School coaching session. The visit was part of his role as a Clydesdale Bank sports ambassador, which involves spending time at schools and clubs meeting and coaching young athletes.

Mike, who is also the head coach at the Guinness Premiership team London Irish, focused the coaching on attacking play, a skill he got down to a fine art during his playing career. The youngsters were then able to quiz the former England Captain about his successful career in a question and answer session afterwards.

Mike said: "I was very impressed with the school's facilities and enthusiasm of the children and I enjoyed my time reminiscing with Joe Davies, the Master, a Cambridge Blue and ex-London Welsh player."