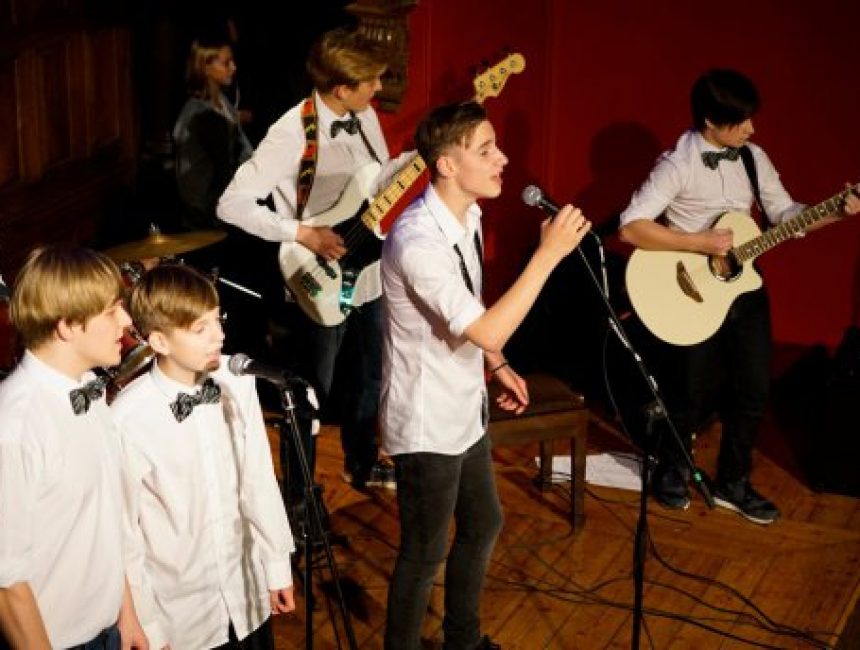 The sounds of instruments being strummed and songs being sung have filled the air over the past few days, with Music Week 2017 well underway.

Monday saw a brilliant House Solo Performance competition in Bradby Hall with some stunning recitals. The joint winners were Joshua Nicholas from Trevelyan and Milly Watmough from Hailey – well done to both.

On Tuesday was a tense yet lively House Ensemble competition in a completely packed Bradby. After plenty of fantastic performances, Colvin and Kipling (pictured) were declared the joint winners – congratulations.

On Friday is the pièce de résistance of Music Week: the fiercely contested House Song competition, when every pupil in every House will take to the stage in the ultimate Haileybury sing off.