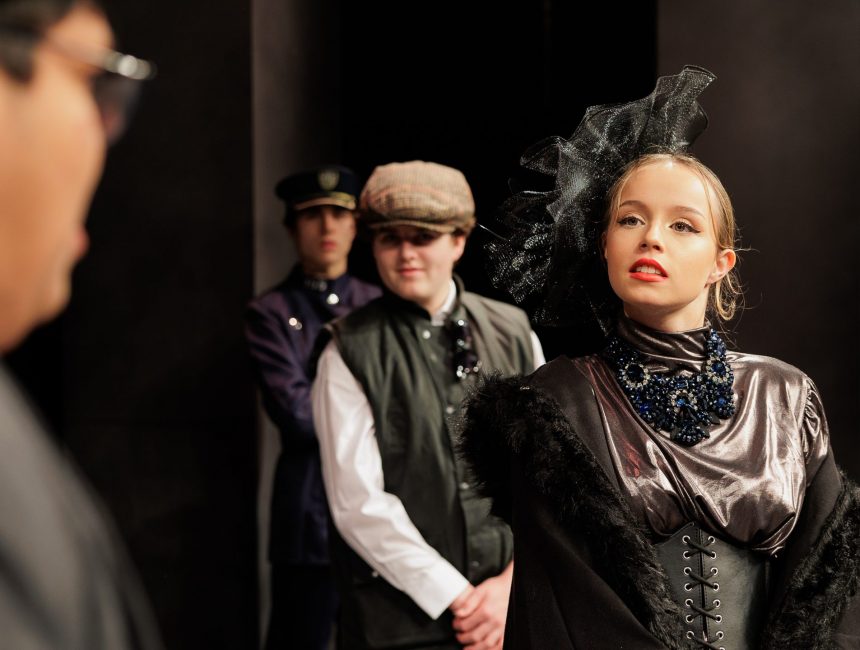 The Dramatic Arts and Music pupils hosted an array of impressive events this Autumn Term. The range of performances brought in a brilliant end to the term and eased all involved into the spirit of Christmas with much excitement brewing for the festivities to come.

“Music at Haileybury has soared this term. From the massed choirs in Orff’s Carmina Burana to the jollity of Crash into Christmas, this has been a memorable and happy term. A personal highlight was the joy of seeing nine pupils performing concerto movements in front of an orchestra at the start of term. Since then, we never really lost the energy or enthusiasm gained that evening.” 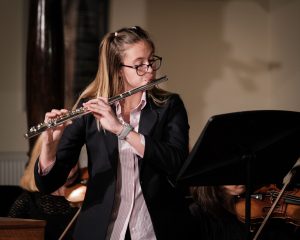 Beginning the Autumn Term with a memorable start was the concerto concert. Several pupils flaunted their advanced musical abilities during their solo performances which were accompanied by a professional orchestra. Exuding confidence and grace, each pupil showed that they aren’t too dissimilar from the orchestra they played or sang with and that they too could become professional if they wished it. With such heartfelt performances, we are sure plenty of frisson rippled through the audience generously.

Next was the Michaelmas concert which included a symphony orchestra playing the adored works of Vaughan Williams and Ravel. Every hair was standing on end during the truly spectacular choral performance of Carl Orff’s Carmina Burana. The concert was made up of performances from the symphony orchestra, Lower School choir, Lower School cambiata, collegium voices, schola cantorum and chamber choir. 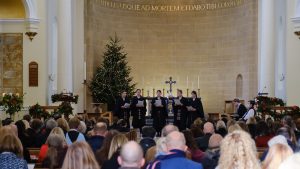 We then had a concert hosted by the Lower School’s chamber orchestra, concert band and other ensembles. The evening was a celebration of music that presented the pupil’s varied abilities in both group and solo performances. Their passion and skill radiated in every note during an exceptional concert that was in no way limited by their age. 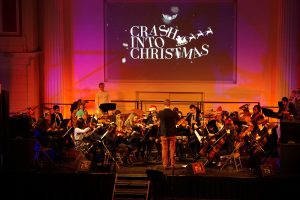 Finally, Haileybury’s popular Music and Jazz department hosted Crash into Christmas which was an informal bounce into the Christmas season. The vibrant evening was packed full of a brilliant mix of both general and seasonal musical performances by the School’s intermediate and senior jazz bands, concert band and other ensembles. The Lower School Drama Club also performed four pleasant readings in the spirit of Christmas which were both humorous and poignant. It was a joyfully festive occasion that showcased the pupil’s vocal talents and stagecraft.

“We thank and congratulate all of those pupils whose endeavours have brought about a term of musical fireworks!” 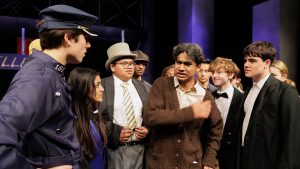 The senior Drama pupils staged Freidrich Durrenmatt’s The Visit as the Autumn Term was coming to its final days. The pupils put on a remarkable performance of the tragicomic play, The Visit is renowned for its multiple locations, diverse characters, demanding techniques and numerous technical requirements yet the pupils appeared to tackle these challenges effortlessly. The production was a resounding success receiving five-star reviews from the audiences.

“After a shaky first night the final performances were triumphant: by burns chilling, hilarious, bizarre and thought-provoking. The hugely talented and multinational cast worked as a brilliant team, supporting each other on and off the stage.”

An eventful Autumn Term brought a spirited end to the year. We are excited to see what the Dramatic Arts and Music pupils will present in 2022.