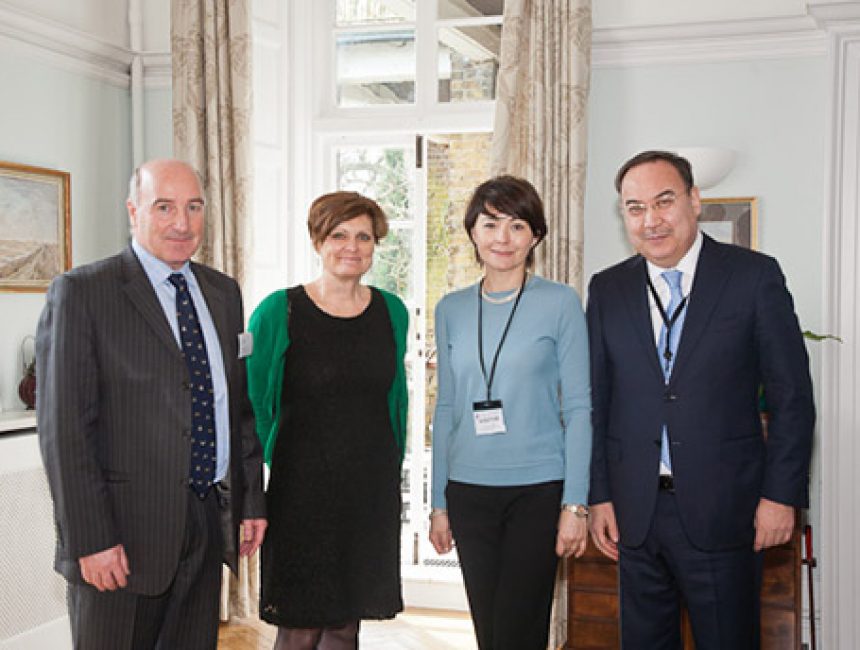 The Master, Mr Joe Davies, welcomed the Kazakhstan Ambassador on a visit to Haileybury recently. Mr H.E. Erzhan Kazykhanov, Ambassador of the Republic of Kazakhstan to the United Kingdom visited the College to discuss further co-operation between Haileybury in the UK and Haileybury’s two sister schools in Kazakhstan, one of which is located in Almaty and the other in Astana.

Mr Davies, hosted a round table discussion with the Ambassador, the Second Secretary of the Embassy, Mr Murat Rustemov, who is responsible for bilateral co-operation in science and education and senior members of Haileybury’s management team. Following a tour of our campus, the Ambassador was introduced to seven Haileybury pupils who are Kazakh nationals. The Ambassador was accompanied on the visit by his wife Mrs Danara Kazykhanova.