Investigations by pupils advance biomedical research: a first in Europe 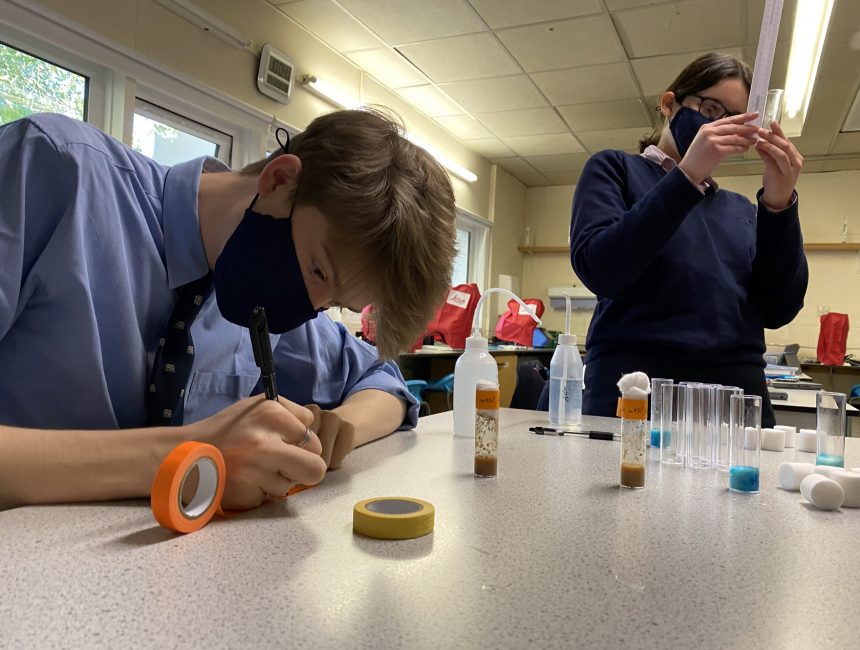 It is an exciting time for some of our most creative and ambitious young scientists whose research could contribute to finding cures for human diseases like pancreatic cancer and diabetes.

We are proud to be the only school in Europe offering Stan-X – an open-ended science programme based on experimental biology, allowing pupils to build resilience in learning with trial and error. The ultimate goal of the research is to introduce students and their teachers to genuine, unscripted experimental science. 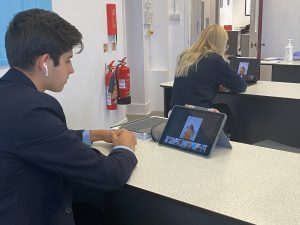 Working collaboratively with Stanford University in the US and the University of Oxford, Stan-X is comparable to a graduate genetics course and is part of an innovative study involving other schools and colleges around the world.

We are hopeful that our new Science Centre will be completed in two years’ time. It is an ambitious project and ground-breaking, in that integral to the project, it will be a standalone facility for scientific and technological research. 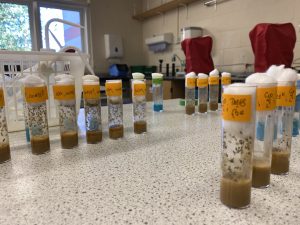 Stan-X is the first of many advanced research projects that will be undertaken at Haileybury by our pupils over the course of the coming years.” The Master, Martin Collier, said.

The Stan-X programme currently involves seven Lower Sixth pupils who are working with teaching staff to create a laboratory from scratch. Once up and running, ‘team taught’ sessions will see pupils use modern stereo-microscopes to identify phenotypic markers in the fruit fly Drosophila melanogaster, such as curly wings, stubble hair or white eyes.

Fruit flies are considered a model organism and a century of research has shown that humans and fruit flies share many mechanisms that are crucial for development, growth, function and survival. The aim of the research is to use fruit flies genetics to investigate cellular and molecular mechanisms that underlie human diseases. Results obtained at Haileybury will provide new tools and insights to a global community of researchers investigating diseases like diabetes and cancer.

It is the brainchild of Stanford Professor Seung Kim, of Stanford University, who wanted to provide opportunities for secondary school teachers and students to perform experiments without a known outcome, rather than predictable lab exercises carried out in science classes across the globe. The course originated at Phillips Exeter Academy, New Hampshire, nine years ago and we are offering it as an academic enrichment option with seven sessions a week. 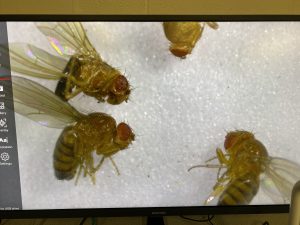 “The essence of science is discovery. But too often science is taught in a very general way. That’s why my colleagues and I developed a programme to allow them to do genuine experiments and make discoveries in school.

“The Haileybury pupils will play an important role in this research but, perhaps most importantly, will experience the joy, mystery and anxiety of attempting to make a discovery at an earlier stage of their education than most school pupils. We think that for some, perhaps many, this experiment could be transformative.

“Very few school pupils get the chance to be involved in the planning, execution and interpretation of scientific experiments to which teachers and students don’t already know the answers – I am sure that the Haileybury team will find this work exhilarating. Our additional expectation is that the instructors will quickly achieve considerable autonomy, insuring the durability and flexibility of this experimental science programme.”

Pupils work at fly stations, using a fly pad (which exposes the flies to carbon dioxide and puts them temporarily to sleep) and a very fine paintbrush to sort and organise flies observed with a stereomicroscope. A glow-in-the-dark protein helps establish where an injected chunk of DNA has ‘landed’. 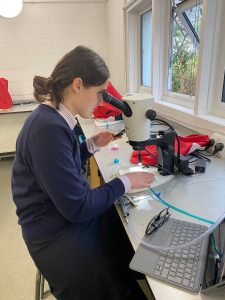 The process involves a series of ‘crosses’ which act as checkpoints throughout the breeding programme, and which generate new fly strains of great value to the community of science. Pupils and teachers will collaborate and experience the highs and lows of the science experiment, allowing them to see science in its purest form. Findings and flies are sent to Stanford research associate Lutz Kockel, and other Stan-X partner schools who verify the results, then submit the new fly strains to an international stocking centre which distributes strains to individual investigators, on request.

In prior Stan-X partnerships, research findings co-authored by pupils and instructors have been published in peer-reviewed science journals, and presented at international meetings. Similar outcomes are anticipated for the Stan-X partnership with Haileybury.

There are also plans to establish an award for a Haileybury Stan-X Scholar to work over the summer months at the University of Oxford, or in the Kim laboratory in Stanford.