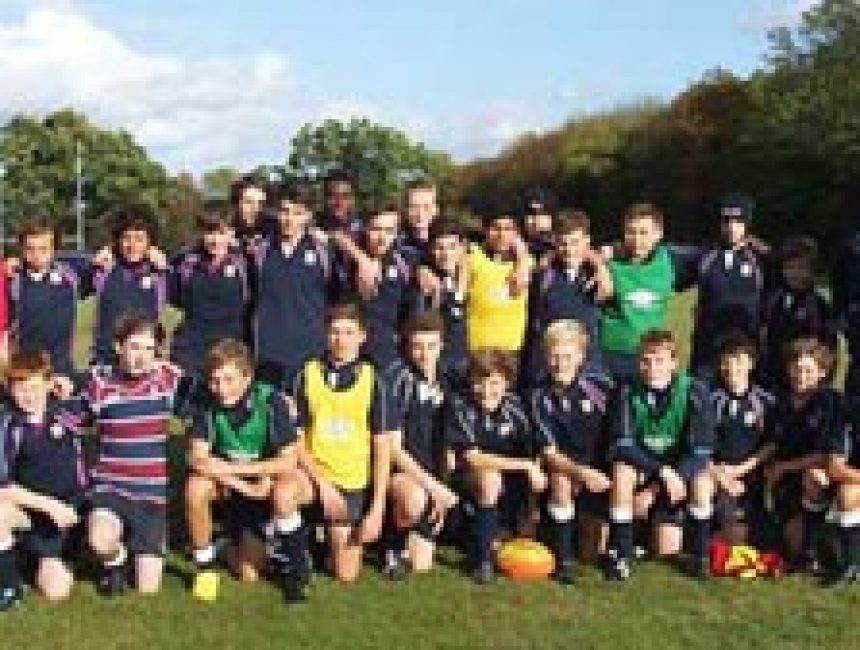 Last Thursday, 6 October, Haileybury Under 15 rugby players were treated to a coaching session by Scotland International fly half, Gordon Ross, and Wales Under 21 and former Llanelli Scarlets hooker, Dan George, who both now play for London Welsh.

The backs were put through their paces by Gordon, who has played fly-half 25 times for Scotland, while the forwards worked on their breakdown skills with Dan.

The session ended with a team run-through, with Gordon and Dan looking on to give their expert advice. The session was a huge success, with progress visible among all of the boys who took part.