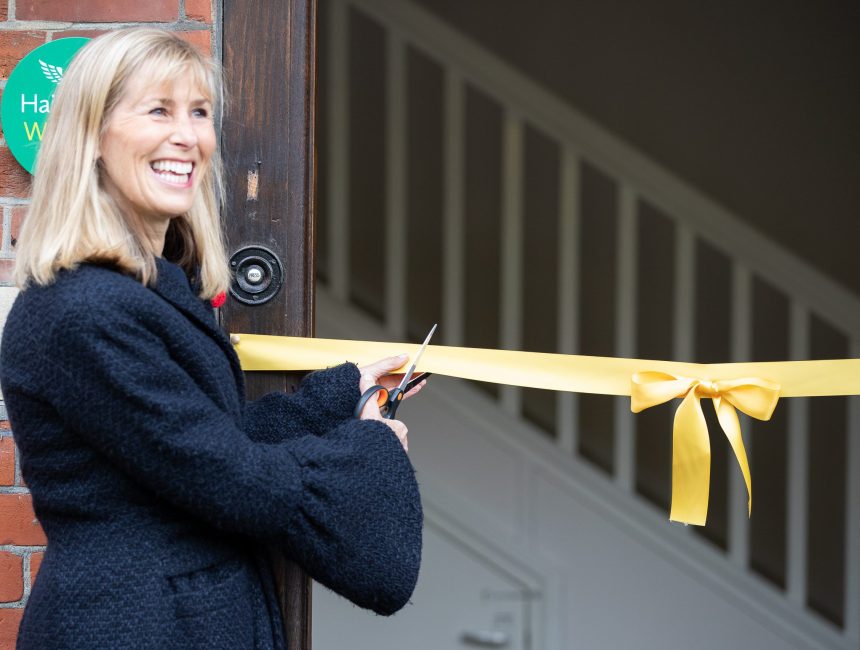 Haileybury welcomed our honorary Vice Presidents Elect on Saturday 6 November, to help us officially open the doors to the new Haileybury Wellbeing Centre. The morning started off with a guided tour led by the Master around Haileybury, taking visitors to the Library, Chapel and to visit the recent renovation of Lawrence House and Form Room Block.

The tour then led to the Wellbeing Centre, based in Highfield Cottage, adjacent to the Health Centre, where the official ribbon cutting ceremony took place. The Centre was officially opened by Sarah Beazley, a former Governor of Haileybury and we also welcomed OH, Chris Lowe.  Both Sarah and Chris were involved in our Safeguarding and Wellbeing Committee, and were keen advocates for the opening of this Centre. 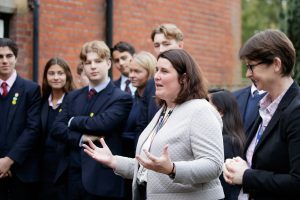 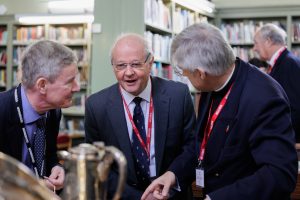 The Wellbeing Centre is a safe space for everyone, and we believe it is vital for pupils’ academic and co-curricular success, as a relaxing space with a comforting feel. When asked what her hopes were for the Wellbeing Centre, Dr Laura Pugsley, Deputy Head (Safeguarding and Wellbeing) said: “We want the Wellbeing Centre to be an integral part of every pupil’s Haileybury experience – a place where they can relax, and find time for themselves. Pupil mental health and wellbeing is high on the School’s agenda, and having a physical, tangible representation of this will hopefully help us, and the pupils, to remove any stigma surrounding mental health. Our aim is that pupils will feel confident to seek support as well as learning a variety of ways in which they can help themselves. In this our first year, we want the Centre to be a place that the pupils simply enjoy going to. Thereafter we hope that the offer will grow and evolve, providing activities and resources to support all members of the school community.” 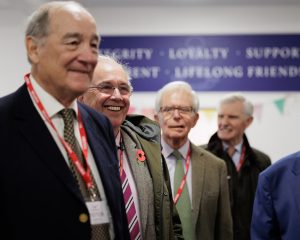 Listening to the pupil voice is important at Haileybury. This year’s Wellbeing College Prefects, Megan and Hadrien, are already building a purposeful group of Peer Supporters so that pupils can feed back any concerns or issues that the School can then address. The Wellbeing Centre also provides a safe and supportive space for clubs and societies to host meetings and have meaningful discussions, which can help to shape school policy and strategy. So far this term a newly formed Pride Alliance group  (raising LGBTQ+ issues), our Diversity and Inclusion teams, the Islamic Society, and Confirmation Club are some of the groups making the most of the Centre. 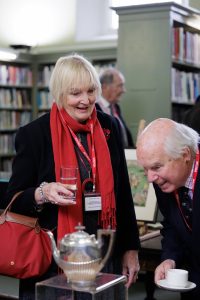 When asked how they and their peers had used the Wellbeing Centre so far, Megan and Hadrien said: “Pupils have loved the cosy and calm atmosphere in the Wellbeing Centre, and are excited to be involved in shaping its development going forward. We have a gardening group drawing up plans for a veg plot, and the art society is going to host exhibitions of pupil work. We’re delighted that the School is thinking about what we, the pupils, want and need. It’s really forward-thinking.”