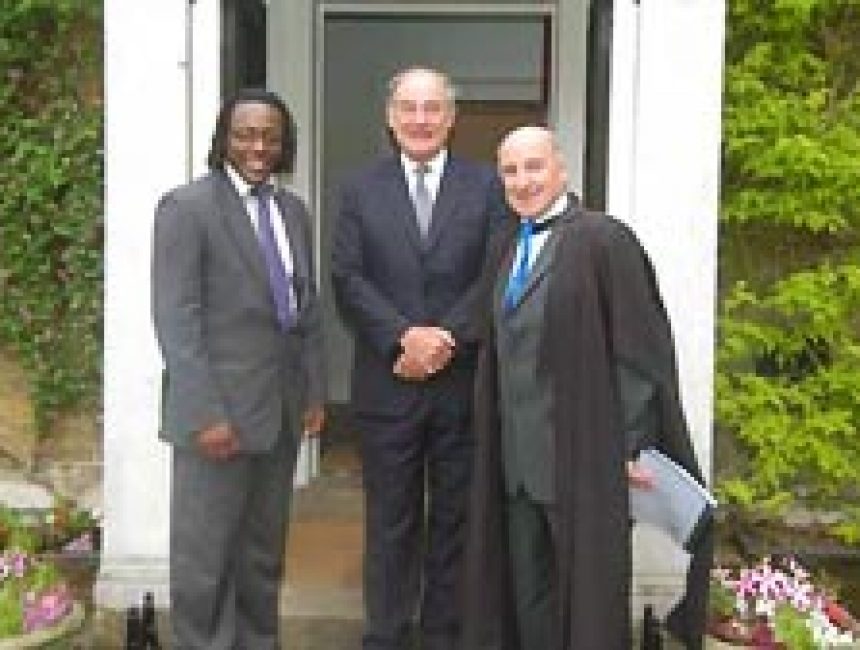 Former Zimbabwean cricketer, Henry Olonga, emphasised the importance of sport in breaking down barriers among communities as he gave an inspiring talk to nearly 2,000 pupils, parents, staff and other invited guests at Haileybury's Speech Day, held in the Sports Hall earlier today.

Henry spoke of the importance of manners in today's world. "I tend to have old-fashioned values," he says, "and I always remember being told at school that 'manners maketh the man'. That is truer today than ever before."

"You should respect your parents and don't ever think you know more than they do," he told pupils, to much applause from the parents! He also emphasised how important spirituality is, and how his faith sustained him throughout his sporting career.

Following his speech, Henry gave a special performance of Secret Garden's "You raise me up", for which he received a standing ovation.

The Master, Joe Davies, also gave a speech, as did Charles Bickell on behalf of the Lower School pupils, while the headboy, Harry Hughes D'Aeth, and headgirl, Rebecca Simmonds, themed their farewell speeches around the hearts and wings in Haileybury's crest.