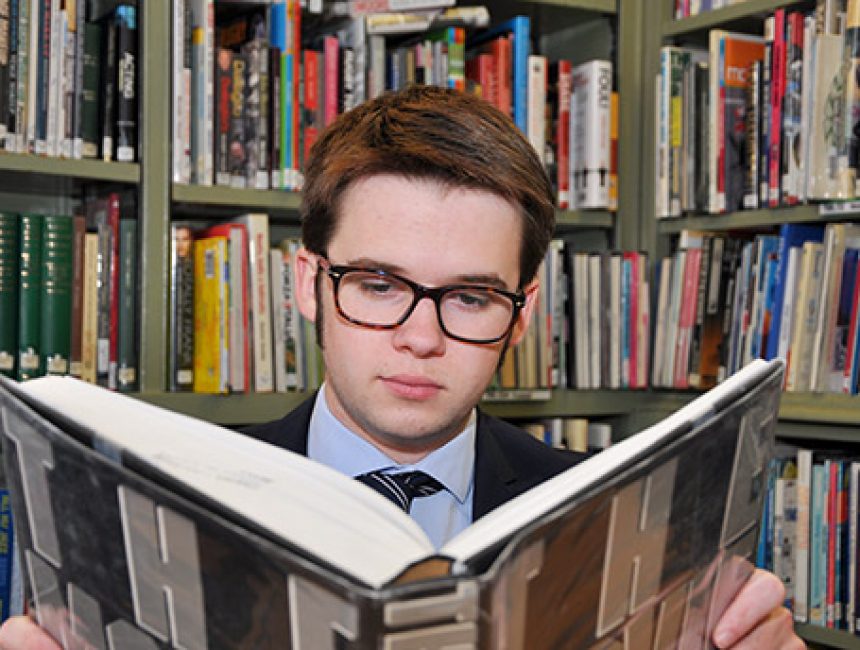 This is the second year in a row that Henry has won a national writing competition, having won ‘A Twist in the Tale’ last year. His Walt Disney monologue focuses on Disney’s dissatisfaction at leaving Universal Studios without ownership of a cartoon character he created there, which spurred him on to create the iconic character who epitomised Disney’s empire: Mickey Mouse.

Henry said: “I am over the moon at winning the competition. I didn’t expect to win and I was uncertain when I sent my entry in, but I couldn’t be happier. I chose to write as Disney because he is an incredibly interesting person and a real inspiration to me – he’s one of the most important people in film. He took massive risks and without him we wouldn’t have the animation we all enjoy today”.

Tom Day, Head of English at Haileybury said: “Henry’s Walt Disney monologue came out of his very erudite interests in the Hollywood film industry over the Twentieth Century. What impressed me about this piece, and what I’m sure impressed the judges, is that it is both knowledgeable and inventive, bringing to life a significant moment in the history of film animation. Henry has taken confidence from his success in the national ‘A Twist in the Tale’ competition last year, coming on leaps and bounds as a creative writer – he has begun to find his distinctive voice”.

Haileybury is delighted to have nurtured the talent that Henry so clearly has in creative writing, and wishes him all the best in his career, which he hopes will be in the film industry.

Below is Henry’s winning monologue in the Mini Monologues competition. Apologies in advance to those who may be offended by the mild expletive!

Laemmle, you b*****d! He isn’t yours. I drew the damn rabbit, he’s my property. He’s rightfully mine! Fine. I see how it is. I’ll just create my own character. I won’t work for no studio no more. They’ve taken my animators away. Good thing I’ve still got Ub. I can get him to draw something, I can’t anymore. A horse could be decent, maybe a cow. A mouse would be good, like the one I had back in Kansas. Ub can draw one for me. But what can I call it? I guess Mortimer’s a decent name.