Our pupils recently took part in the National Latin Exam; an exam which seeks to promote and support the learning and teaching of the Latin language. Based in the USA, the exam includes students from 20 other countries. There were only seven schools in the UK to enter this competition and 28 of our pupils took part, all of which were awarded either a certificate or a medal.

Removes pupil James won a gold medal in the exam and entered as he felt it was an opportunity to develop his knowledge further.

“The news of a gold medal came as a pleasant surprise to me! Winning the highest medal of a national competition felt like a great achievement.”

When asked what he finds most interesting about learning Latin, James said, “the most interesting thing about Latin is that learning the language and culture of such an influential civilisation is key to understanding our modern viewpoint. Despite being so ancient, the founding ideas that shape our moral and political opinions today are to be found in the Latin world.” 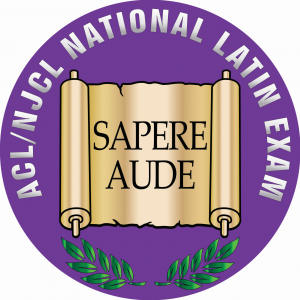 Working on a Fifths level paper, Fifths pupil Wendy also took part in the exam, for which she also gained a gold medal. The exam was conducted online and has differences from the GCSE curriculum set at Haileybury. This encouraged Wendy to think outside the box when discovering and researching useful resources alongside completing practice tests.

“I decided to take part in the National Latin Exam to further challenge myself. I found it quite difficult to study for, but through seeking out guides online and doing a lot of practice tests, it became a lot easier.”

Congratulations to all that were involved in the National Latin Exam.