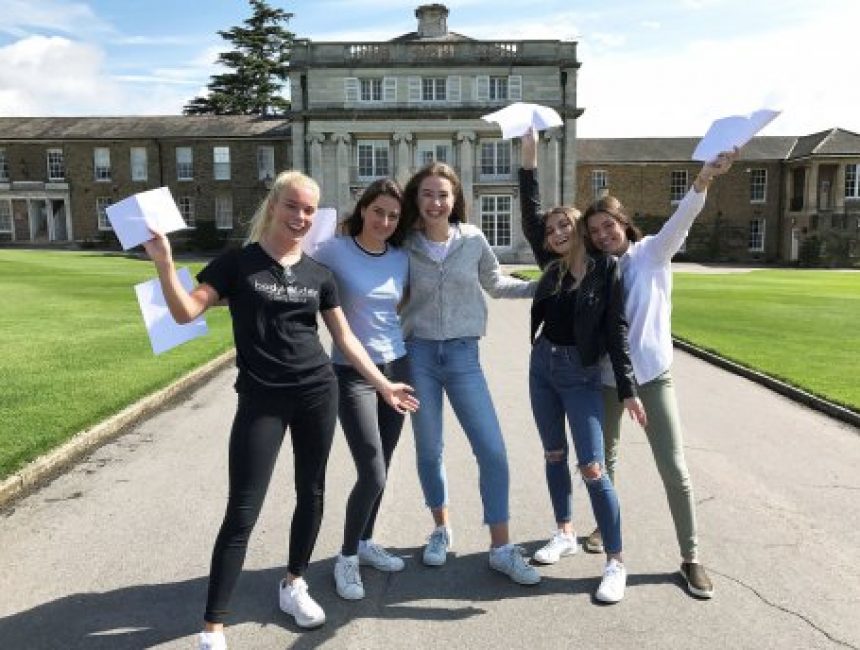 Haileybury pupils, their families and teachers are celebrating today, following a strong set of A Level results.

With 67.3% of all A Level grades awarded at A* to B, these results are particularly impressive considering this is the first year group to have taken the reformed two-year A Level course.

Haileybury offers both A Levels and the International Baccalaureate (IB) Diploma, and just last month celebrated its IB graduates achieving a collective provisional average score of 36.35 points out of a possible 45 (the global average score is 29.95 points). This means that with the A Level and IB results combined, 73.7% of Haileybury’s class of 2017 achieved A* to B grades or their IB equivalent.

Particularly notable were the results achieved by our top mathematicians, six of whom received an A* or A grade, while 12.6% of A Level pupils across all subject areas achieved the top A* grade.

There were also some fantastic individual achievements, including Charlotte Reade, who accomplished three A*s in Maths, Further Maths and Physics. Charlotte, who is also a talented cellist, will now study Mechanical Engineering at Imperial College London.

Francesca Willis achieved two A*s in Psychology and Philosophy and an A in English, and is heading to the University of Bath to study Psychology.

Head of School Emily Sanders, who also captained the girls’ 1st hockey team, achieved an A* and two As in Biology, Chemistry and Maths. She said: “I am absolutely thrilled. I am looking forward to going to Durham University to study Biomedical Sciences.”

Imran Abdul Rahman achieved three A*s in Physics, Maths and Further Maths, and two As in Chemistry and Economics. He will now study for an MSci in Physics with Theoretical Physics at Imperial College London. Outside of the classroom at Haileybury Imran said he enjoyed “playing cricket for the first time, as well as playing formal chess games at the nearby Hertford Chess Club”.

Haileybury’s new Master, Martin Collier, congratulated all of the pupils, saying, “This is a strong set of results especially given the context of the new examinations. Haileybury pupils have performed well at A Level and in the IB; I congratulate them and their teachers on their efforts”.