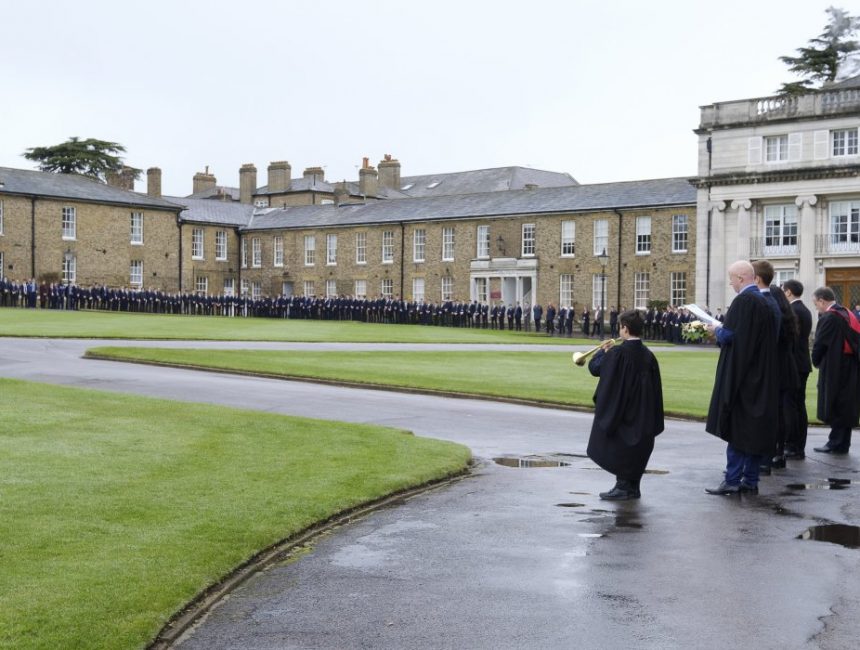 Every pupil in the school put down their paper and pens on Saturday morning to pay tribute to those who have lost their lives in war.

In what was a poignant and moving sight, pupils and staff lined the whole perimeter of the Quad for an Armistice Day Act of Remembrance (pictured above).

This included a two minute silence, an emotive rendition of the Last Post by Lower School pupil Louie Carvacho, and a reading of words by the poet Lawrence Binyon.

Wreaths were then laid on the Cross of Sacrifice war memorial by the Master, Martin Collier, and Old Haileyburian Nick Gilbert.

On Remembrance Sunday, the Haileybury community came together for a special service in Chapel.

The preacher was The Venerable Clinton Langston QHC CF, formerly Deputy Chaplain General to the Armed Forces and now Archdeacon to the Army.

They shall grow not old, as we that are left grow old:
Age shall not weary them, nor the years condemn.
At the going down of the sun and in the morning
We will remember them.