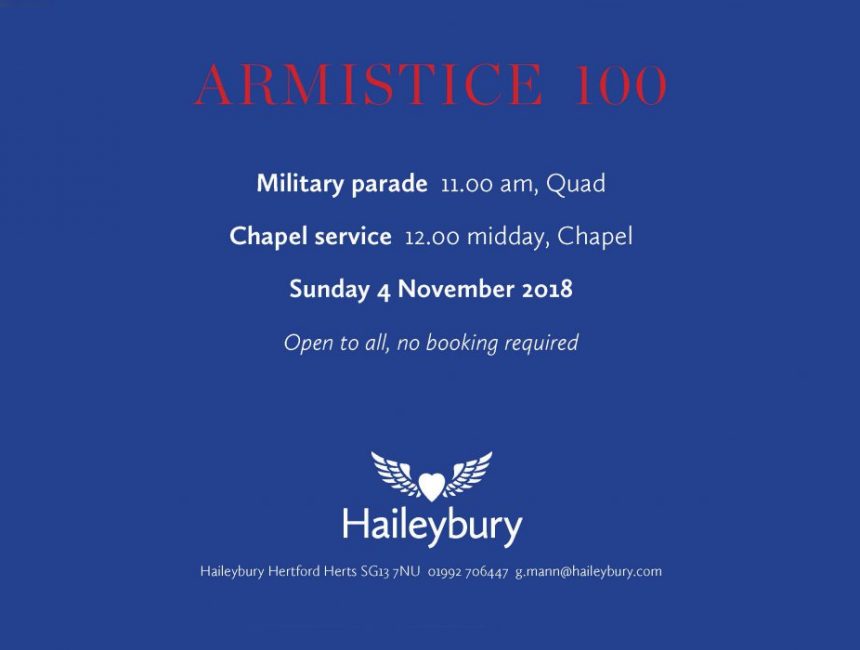 On Sunday 4 November 2018, Haileybury will host a military parade to commemorate the centenary of the WW1 Armistice.

Her Majesty The Queen will be represented by the Lord-Lieutenant of Hertfordshire, Mr Robert Voss CBE, and Field Marshal Sir John Chapple GCB CBE DL (K45) will take the salute, and along with the Lord-Lieutenant, will inspect the parade.

Everyone is very welcome to attend this parade, which along with various acts of Remembrance in the week leading up to and including Remembrance Sunday, constitutes an important part of the remembrance by Haileybury and Hertfordshire of not only the Armistice but also all those who gave their lives in WW1.