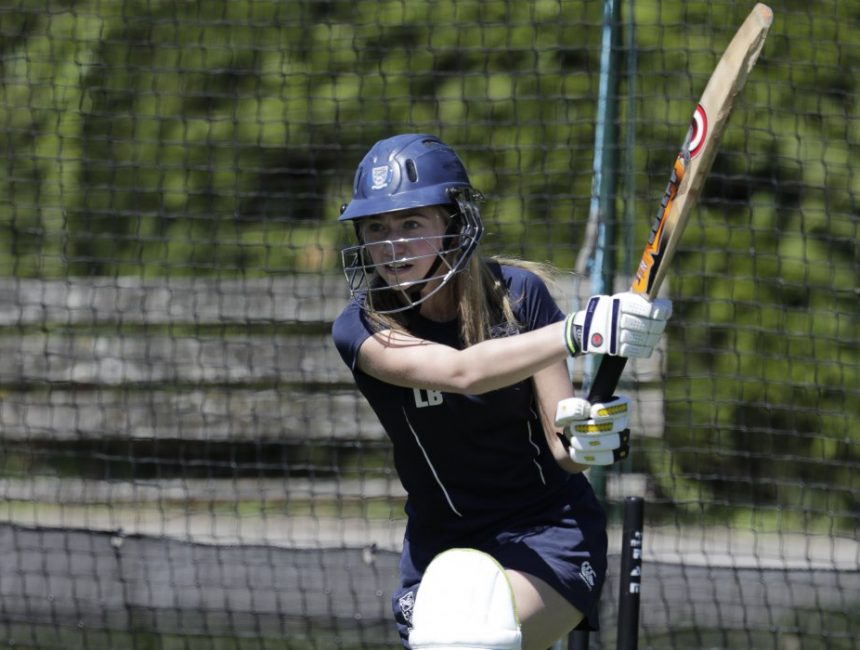 One of the highlights of Speech Day is the annual fixture of our boys’ 1st XI cricket team versus a team from Marylebone Cricket Club (MCC).

This year, for the first time, in what is set to be a historic fixture; our girls’ 1st XI cricket team will also play the MCC.

Girls’ cricket is flourishing at Haileybury; there are currently six teams playing this term: the 1st XI, U15A and B, U14A, U13 and U12.

The 1st XI recently won by 36 runs against Berkhamsted School and have been preparing for the MCC match in recent training sessions.

Captain Imogen S said: “I think I speak for myself and the rest of the team when I say we are, understandably, thrilled to be involved in such a prestigious match on Saturday against the MCC. Many of us have been watching the boys play for over four years and it is something that has become such a proud Haileybury tradition, therefore being involved is an honour. Hopefully this is the start of a new tradition which will inspire the younger girls at Haileybury to get involved. Obviously, there are some nerves but I think for us the main focus is learning what we can from the opposition who have so much experience and expertise, as well as developing as a team.

“Following on from the England women’s World Cup victory in 2017, girls’ cricket has grown massively and this match is a chance for us to showcase what we have learnt, whether it has been over the last 18 months or for others what they have learnt over the last six weeks.”

Good luck to both teams – we will be cheering you on.

Don’t miss watching the boys’ and girls’ cricket matches on Saturday – they will start at 11.15am. The boys will play on Pavilion and the girls will play on Lower Pavilion.