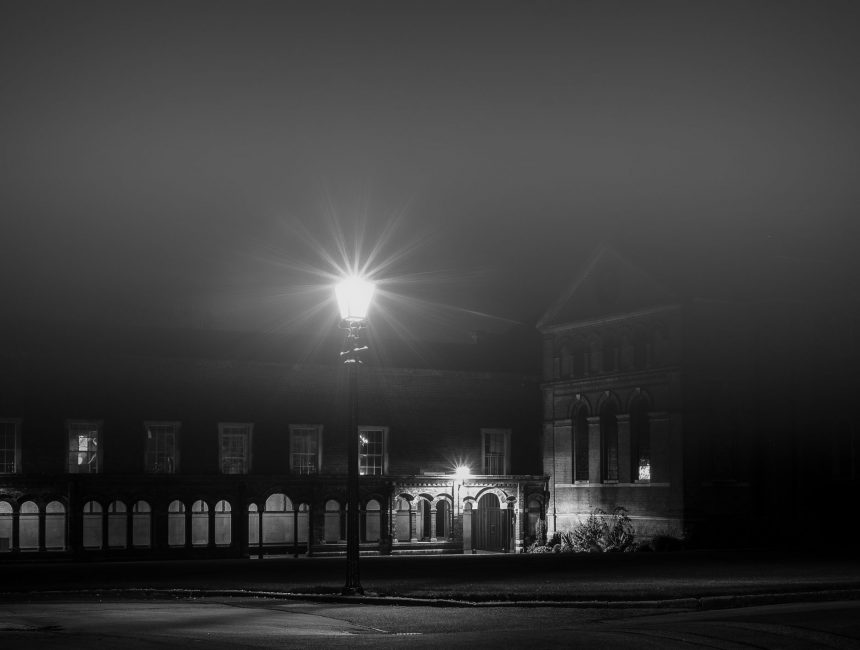 It was a typical Hertfordshire icy cold and grey end of October morning at Haileybury! The low visibility outside with the dimmed lights of the lampposts due to the fog, felt like a heavy white cloud that had spread itself on the grounds of the school imprisoning everything on its way. The distance to reach the various classrooms from one building to another felt endless! The pace was slow and dodgy! I could hardly see the pupils and the teachers walking in front of me. There was a ghostly and glumly feeling to it! Shapes would suddenly appear and disappear within a split second. Halloween was in the air!

I could not shake off a weird feeling that stuck to me the whole day, as if something or someone was following me, playing with me, trying to catch my attention. I decided to ignore this feeling. I never believed in ghosts! Halloween, for me, was just a money making marketing tool to spice up commercial sales and provide the media with stories. That being said, the day went by normally until about 06:30pm.

As my friends and I headed to the Dining Hall for supper, it was abnormally gloomy outside, the fog blocked the rays of the moonlight from piercing through the darkness of the night. As we entered the Dining Hall it felt as if time had stopped and I was the only one in the huge dining room. Where had everyone disappeared too? I felt a cold breeze surrounding me and suddenly the pumpkins that were decorating the tables started swirling in the air. My eye caught a form floating in the middle of the Dome looking down at the hustle and bustle that was going on below. Having heard the stories of the ghost of Sir Herbert Baker, architect of the Dining Hall, I immediately recognised him with his strict face expression and dressed in his immaculate dark suit. Despite the fact that I was trembling from anxiety, I was trying to keep very calm and cool! Sir Baker lifted his head looking in my direction and called out to me “come here my boy!”. My legs wouldn’t move but somehow I was gliding towards him without being able to control myself. Was I in a dream? Sir Baker was puzzled and asked me which year we were in? I explained to him that we were in the year 2021 and that Haileybury had become one of the top co-ed schools in Britain. After a while of chatting he said goodbye and disappeared. I was suddenly alone, the pupils having finished their meal a long time ago.

As I entered Kipling House totally confused, my friends who had been extremely worried at my disappearance questioned me without a coma and full stop. I couldn’t tell them what had just happened, who would believe me?

In the meantime I never say “never” and believe in the spirit of Halloween!