Getting ready for the hockey season with masterclass at Olympic Park 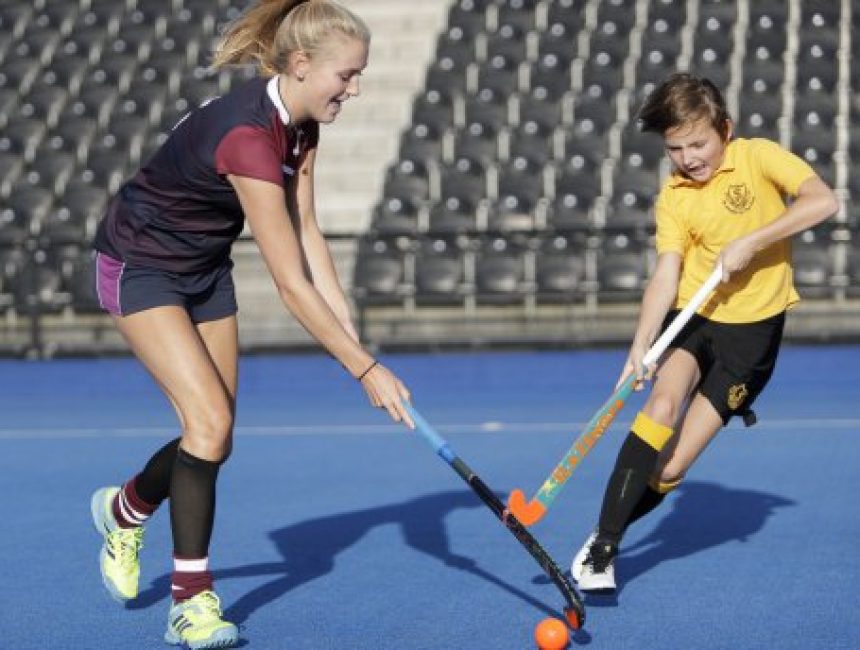 Now that the leaves on the trees have started to change colour and warm sunny days seem a thing of the past, it can only mean one thing – the start of the girls’ hockey season.

The 2017-18 season got off to a flying start on Friday with an U11 masterclass at the Queen Elizabeth Olympic Park, led by Haileybury’s Director of Hockey and former England and GB international Darren Cheesman.

Darren, ably assisted by six of Haileybury’s 1st XI players, put girls from St Joseph’s In The Park, Heath Mount and Stormont School through their paces during the session.

They practised techniques and drills and soaked up the atmosphere of the prestigious surroundings of the Lee Valley Hockey and Tennis Centre in the Olympic Park. It is an exciting time for girls and women’s hockey as next year the centre will host the Women’s Hockey World Cup.

Many of the St Joseph’s, Heath Mount and Stormont girls stayed on after the masterclass to watch Haileybury’s 1st XI girls’ team take on their Epsom College counterparts in an exciting 3-0 game.

Thank you and well done to everyone who took part in the masterclass – we hope you have an enjoyable and rewarding hockey season.