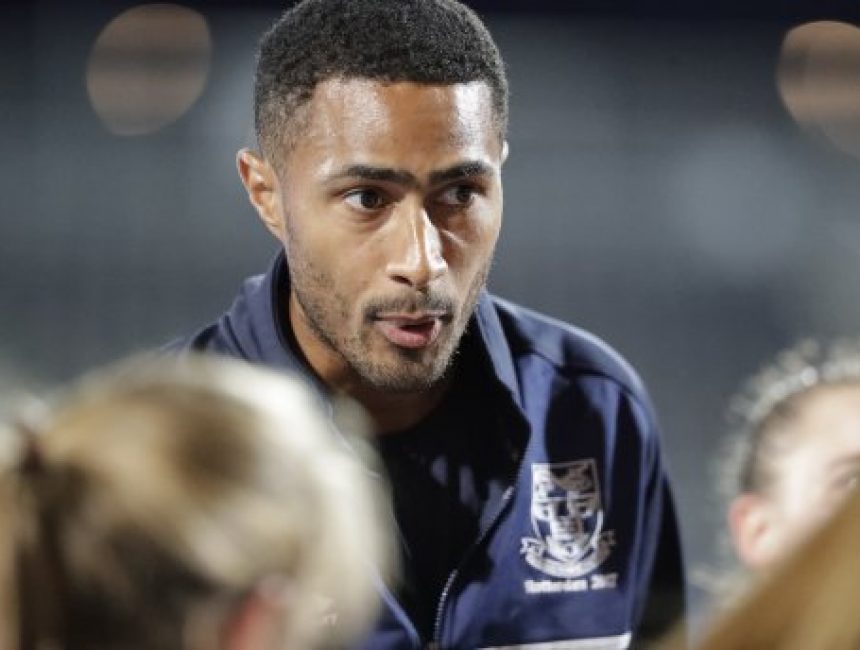 Halfway through the girls’ hockey season we caught up with our Director of Hockey and former England and GB international Darren Cheesman to find out his top tips for success, what exercises he recommends, and what he thinks of the national buzz around women’s hockey…

What do you recommend keen hockey players do now to get themselves fully prepped and ready for the rest of the season?

I think it is really important that players take a moment to think about their game: what have they been good at? What have they not been so good at? This will give you a real sense of where to focus your energy. Once you know this, you need to ask for guidance, maybe from your coach, about how to work on those things. It then comes down to whether the player is willing to put in the hard work to make that plan a reality.

Are there any particular exercises or practices you recommend?

Since I was a young boy, I played hockey in my living room – usually to music. I would suggest that players find a safe space, put on some music they enjoy listening to, and then play around with touching the ball every time there is a beat. They can mess around with the rhythm they are using to touch the ball, which will mean they have to dribble faster, slower, and/or mix the speeds, which will all be great for their ball manipulation. I also spent a large amount of time watching TV while on my knees playing hockey. This meant I am now able to manipulate the ball without looking at it, which definitely helps with my game.

Aside from Haileybury, what are you up to at the moment hockey-wise?

I am playing in my third season at Cambridge City HC. It’s a really good club that is trying to be really forward thinking and progressive. We are hoping to get promoted into the National Premier League this year, which will take a lot of work, but is definitely achievable if we keep up current form and put in the work. This summer was a really good one for me – I was coaching with England U16 Boys all year with the programme ending with their 6 Nations event in July, and I was one of the Coach Educators at the FIH Level 3 Coaching Course, which was delivered in Amsterdam at the European Cup. It was a great experience and I was able to share my thoughts and experience with coaches from all over the globe. Coming up is more of the same, except the international coaching will not be for England this year.

Are you excited about how more and more people seem to be taking up hockey at the moment? What do you think about the buzz around women’s hockey ahead of the World Championships next year?

England Hockey is doing a good job using the momentum from the GB Women’s success at the Rio Olympics. It’s great to see so many new players who are keen to give the game a go. At Haileybury, we have a fantastic hockey programme that caters both for the elite and those who play just for participation, so it will be really exciting to see how the new players into our school adapt and find their place.