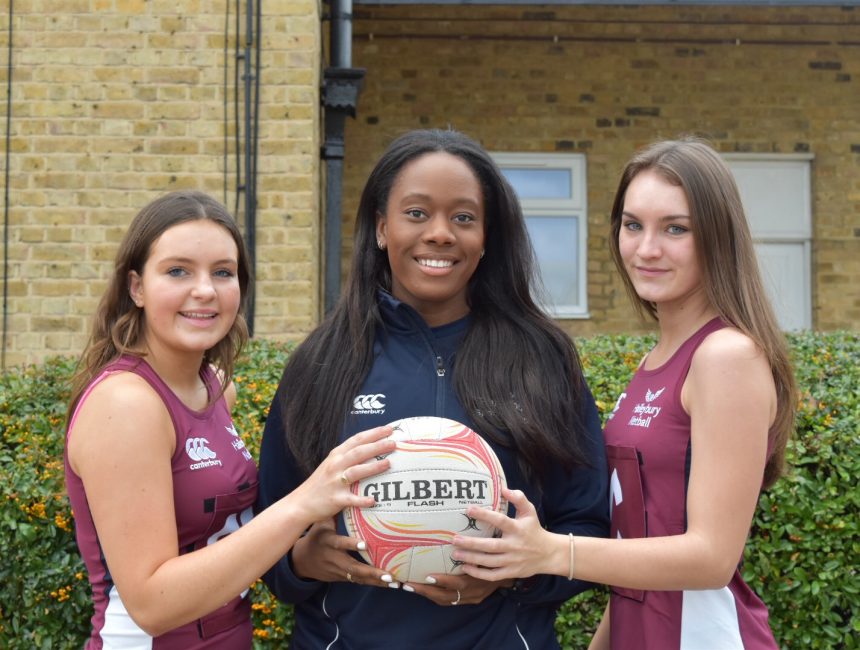 Last year’s captain Millie (pictured left) will be supported by Caitlin (right) for the forthcoming season which begins on Sunday 5 January.

“They both bring something different,” said Dani, a former England international. “Millie is very calm and gets the team together; Caitlin gets them pumped – she’s good on game day, brings the music, the motivation and the fire on court.

“I think we’re aiming to put out consistent performances, putting together four good quarters each match while sticking to gameplan and task. If we do that, we can win matches.”

The girls’ run of fixtures through to the end of March begins with a tournament at Rugby School.

It gives the team a chance to gel ahead of their first home fixture against Kimbolton School on the following Saturday.

Upper Sixth pupil Millie, who’s in Melvill, said: “We’ve got a promising squad. Quite a few are from last year – we know we work well together.”

Caitlin (Colvin U6) said: “We’ve had quite a lot of cup matches already – some really tough ones but I think that has put us in a good place – we’re motivated to go out strong.”