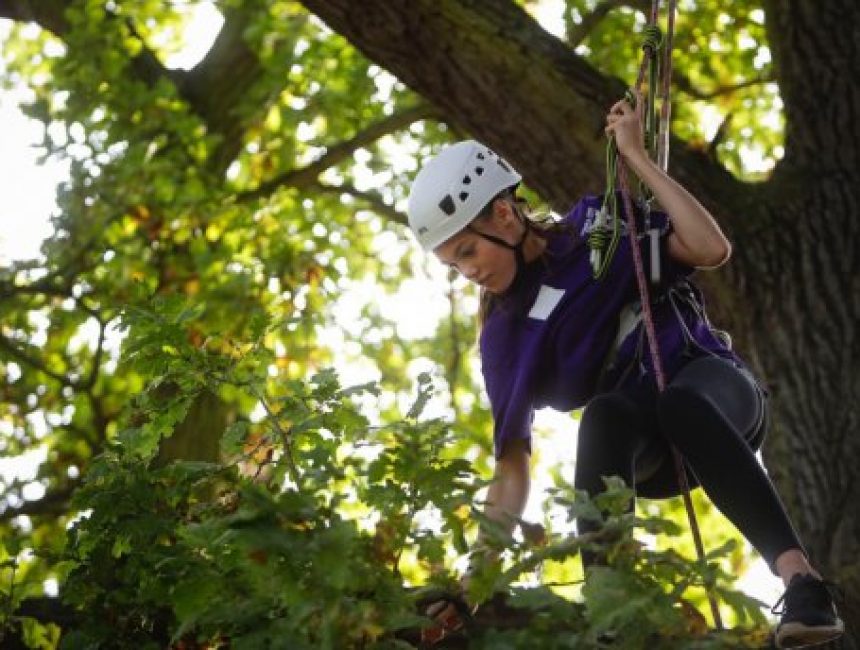 Canoeing, climbing and camping were just a few of the activities on offer during Field Weekend 2017.

The Combined Cadet Force had a packed programme of activities, which included an assault course, sailing to the Isle of Wight and a trip to Imperial War Museum (IWM) Duxford.

The Middles (Year 10) camped overnight in Hailey Wood in shelters they had built themselves using bivvies.

The Removes (Year 9) went on a trip of the Battlefields, which included visiting The Somme, the Thiepval Memorial and Tyne Cot.

There was also a music trip to Cambridge, which included a stunning Evensong and Organ Recital at St John's College.

24 activities and trips in 3 days

14 km covered in the AS mountain biking session

500 – the age of Lightning Oak, the iconic tree which pupils climbed (pictured)

37 – the number of fallen Old Haileyburians recorded on the First World War memorial at Thiepval. Our pupils laid a wreath and left behind a scrapbook filled with research honouring them

7,377 Lancaster Bomber planes made during World War Two – our lucky RAF cadets had the chance to get up close to one at IWM Duxford.