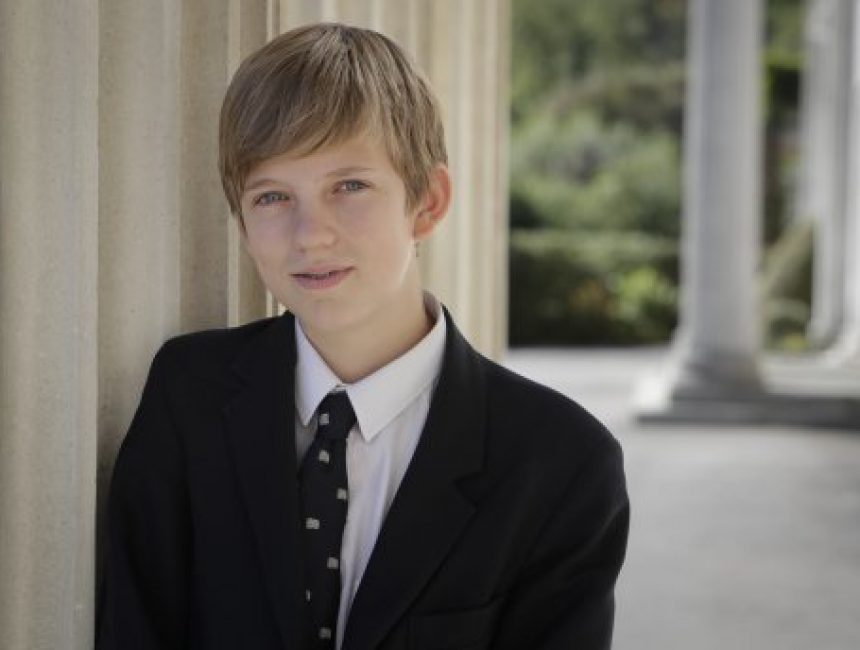 Fabian Tindale Geere has been chosen as reserve finalist for BBC Radio 2’s Young Choristers of the Year.

This prestigious singing competition attracts thousands of entrants from up and down the country.

To enter, Fabian submitted performances of two songs: Kingsfold and The Call, which he recorded in our Bradby Hall.

Four boys and four girls have been selected to take part in the grand final next month, along with a boy reserve finalist (Fabian) and a girl reserve finalist. The competition will be broadcast on the BBC.

Fabian, who as well as studying at Haileybury attends the Junior Guildhall School of Music and Drama on Saturdays, said: “It’s very exciting. Singing is definitely something I want to do.”

“This is a high profile competition with thousands of entrants and it is a considerable achievement to get this far,” said Mr O’Brien, Director of Music at Haileybury. “We are absolutely delighted and are looking forward to supporting Fabian on the next part of his journey.”