London Heathrow (50 minutes by car), London Stansted (30 minutes) and London Luton (40 minutes) are within easy reach of Haileybury. London Gatwick is 75 minutes away. All airports are served by rail links to central London. 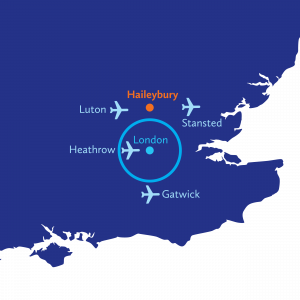 Haileybury is conveniently located close to the A10 and easily accessible via the M25, A1(M), M11 and A414. The College is situated in the village of Hertford Heath and the postcode is SG13 7NU.

From the South East 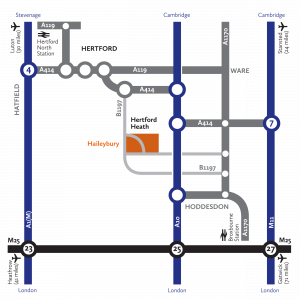 From the South West