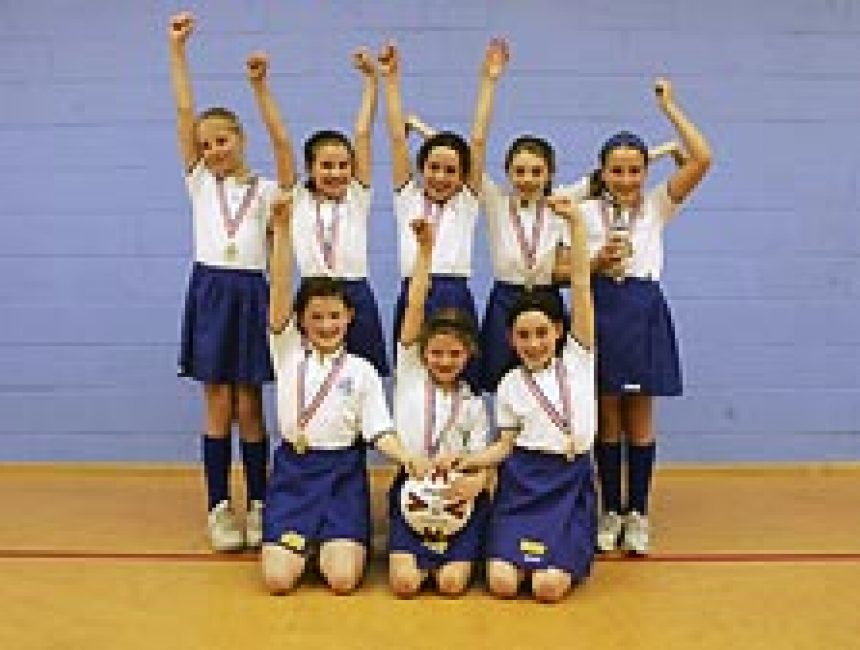 The top two teams in Section A were Derwent Lodge and Edge Grove, while Section B was contended by Widford Lodge and St Joseph's in The Park. These teams progressed to the semi-finals, with the other teams playing for places 4-8.

In the semi-final between Derwent Lodge and St Joseph's, the Derwent team had all the running in the first half and looked as though they were going to be convincing winners. However, the game was very much one of two halves, with St Joseph's coming back strongly in the second half. On the final whistle Derwent Lodge were just one goal up.

In the other semi-final, both Widford Lodge and Edge Grove fought hard to the final whistle but Widford always looked as though they would be the winners.

The final between Derwent Lodge and Widford Lodge was an exceptionally close affair with nothing separating the teams and the score was even at half time. However, Derwent Lodge stepped up a gear in the second half, forging ahead to become worthy winners.

Organiser Maggie Brooking says the day was highly successful. "Many parents chose to stay for the entire event and were interested in all that Haileybury has to offer," she says. "It was wonderful to see so many parents and staff supporting their teams.

"The teams all demonstrated a great standard of junior netball but Derwent Lodge and Widford Lodge should be particularly praised for their great team work. Both teams demonstrated mature and well organised play with excellent passing and shooting."

This year the organisers found it impossible to select a player of the tournament as there were so many potential candidates but no-one particularly stood out. They therefore decided to give the prizes of two netballs to the two teams in the final who had worked so effectively together as cohesive teams.