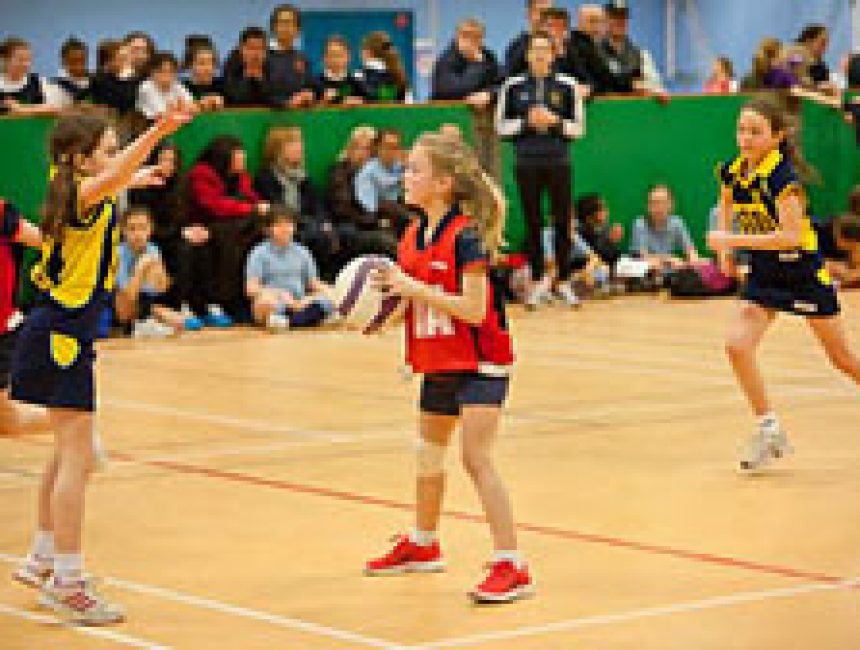 Nine prep school teams played for the Haileybury Cup at the annual U10 Girls’ Netball Tournament at the weekend where defending champions St Piran’s beat Thomas’s Clapham to take the honours once again.

The 3rd place play off was a very close affair between Lambrook and Stormont. Maggie Brooking, netball coach and umpire at Haileybury was impressed by the standard of play: "The ball swung from end to end and there was nothing to separate the teams. Final score 2-2 resulting in a well-deserved 3rd place draw."

"The intensity of the final resulted in both teams making some unforced errors to begin with but as the game progressed the standard of U10 netball was just amazing. Both teams should be congratulated for their skilful play and excellent performances but the trophy and the title went to last year’s winners St Piran’s.

St Piran’s were truly outstanding throughout the morning displaying excellent timing precise movements and accurate shooting. They played textbook netball at it’s finest and were just a ‘class above’, winning 6-2."

The trophy, winners’ and runners-up medal were awarded by Haileybury Master, Joe Davies.

Player of the tournament was awarded to Holly Dench from Stormont who was outstanding throughout. "Her decision making was superb and she also displayed great passing and excellent change of direction", said Mrs Brooking.

Thank you to all the teams for taking part and to the numerous families and friends who came along to support their schools and the event. We look forward to seeing you again next year!