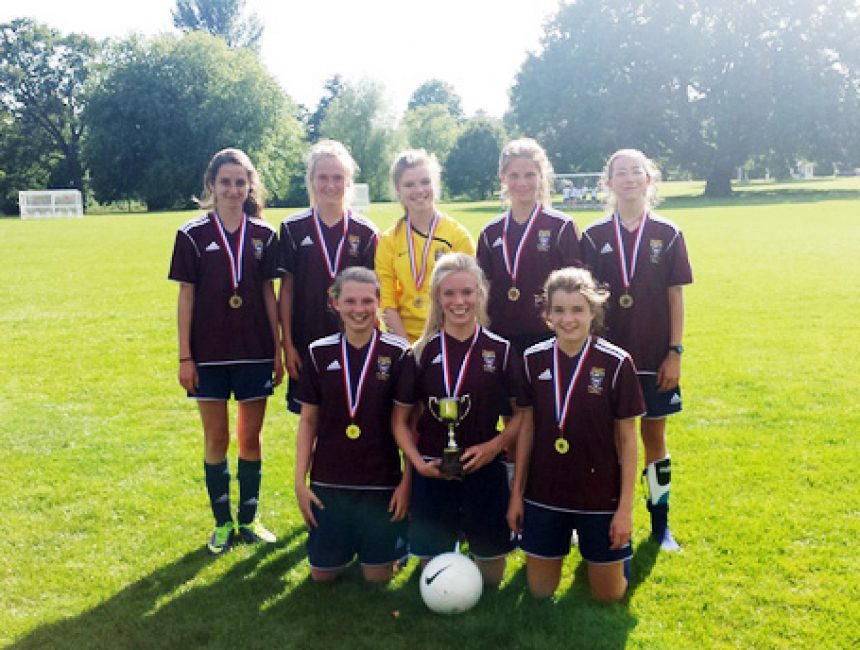 On the day the World Cup kicked off in Brazil, Haileybury girls were showing how it's done by beating eight other schools' teams to win the U15 Haileybury Tournament.

This is the second year the College has hosted such tournaments and girls' football is certainly going from strength here. Master i/c Football Mr Julian Alliott: "The girls did really well and enjoyed themselves. The B team did not lose, winning two but drew three and so failed to get into the semi-finals which shows the strength in depth we have. The A team won their group and then beat St Edmund’s in the semi-final and then Bedford Modern 3-0 in the final."

The U13 tournament will take place on Wednesday 18 June.

(Image) The winning team (minus Philine Lichtenberg who was injured)