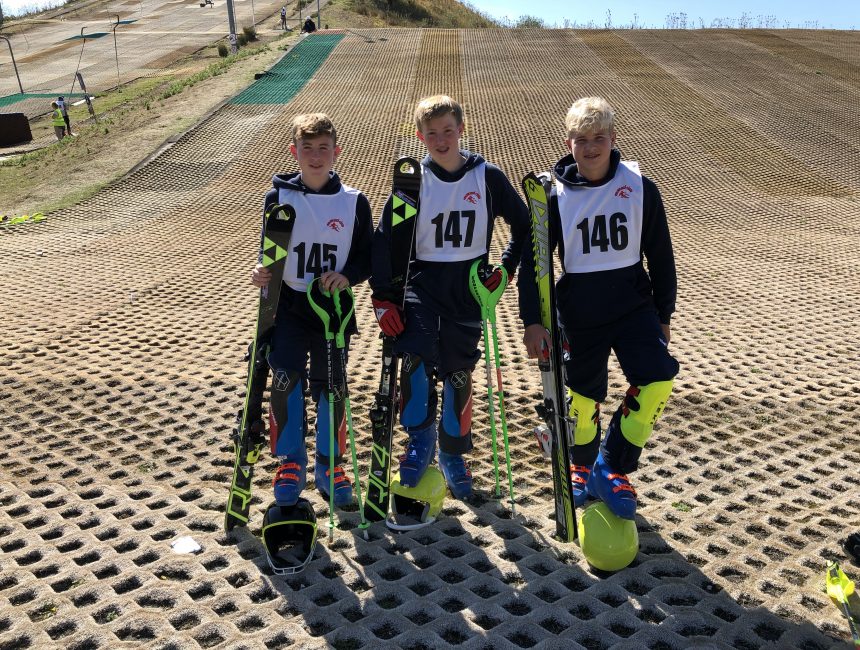 Next stop National Championships for our talented trio of skiers who impressed at the English Schools’ Ski Association (ESSKIA) regional finals.

Brothers George and William, along with Lucas, zipped their way to victory in the U16 Boys Slalom at the Gosling Ski Centre in Welwyn Garden City.

It means the Haileybury team, whose combined time was two-and-a-half seconds quicker than the five other schools, qualify for next month’s National Championships in Norwich.

Coach Matt Hankin said: “It was great to see the boys do so well on what was a very hot day – a usual contrast for skiing weather.

“As a school we have a wealth of co-curricular activities and we try and get as many pupils involved and find what is right for them.”

George, Lucas (both Removes) and William (Middles) all joined Haileybury from Aldwickbury School where they were able to hone their skiing skills.

It has created the unusual scenario of having three gifted skiers in the same age category and gives more pupils the chance to sample a competitive sporting environment.

“Having skiing on our list is brilliant,” Mr Hankin added. “As it will hopefully get even more pupils involved in sport.

“It’s good for the School and the individuals to compete in something they enjoy so much and it is great that we can offer the time and provision for those that want to take part.”