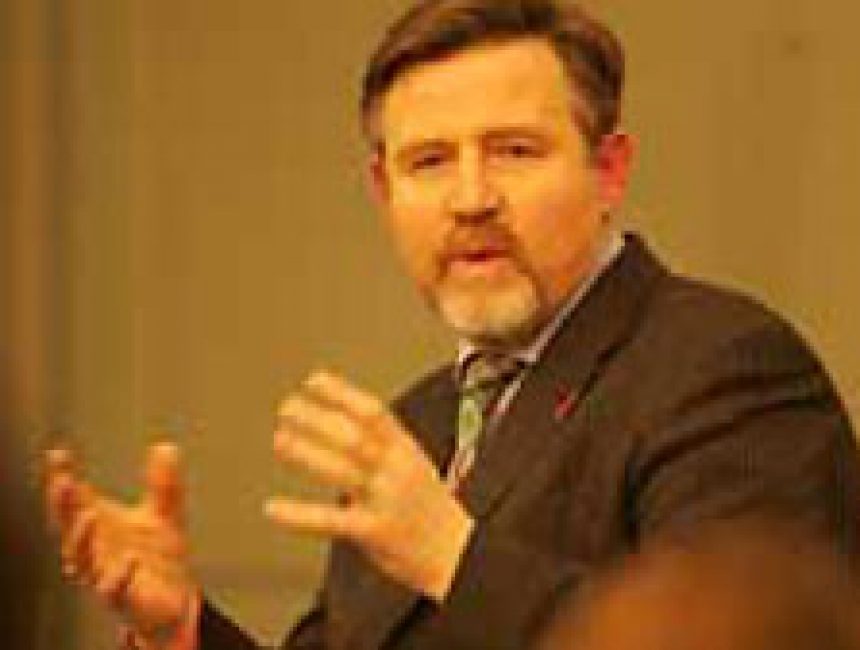 Old Haileyburian Member of Parliament for Brent North, Barry Gardiner, returned to his alma mater on Thursday, 5 February to address the Political Society on the topic "Whither New Labour?"

Mr Gardiner spent some time explaining his views on the current economic crisis and how he thought the British Government was leading the way in dealing with it, although he also acknowledged that the fallout could in fact cost Labour the next election.

He was dismissive about the Damian Green Affair, saying that MPs shouldn't see themselves as being above the law and that the police were thus entitled to search the premises of anyone who had been arrested.

In response to other questions from the floor, he reiterated his support for Britain's continued involvement in the European Union, saying that if British people wanted the right to work anywhere in Europe, then they had to accept that Europeans could come and work here too – mentioning that he found it ironic that on a day when most people in Britain were at home because of the snow, the strikers were out in force and on the picket lines.