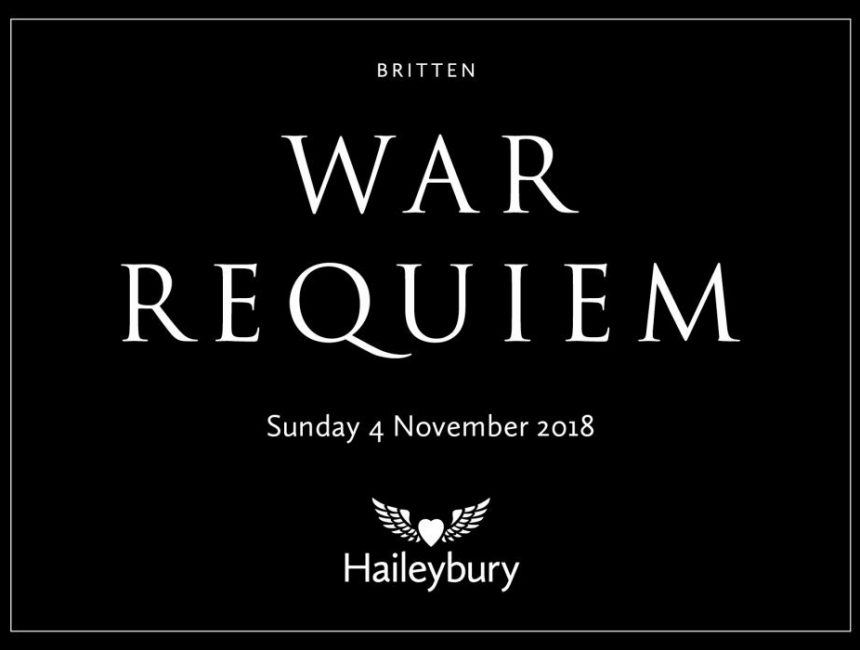 Conducted by Andrew O’Brien and Simon Bland and made up of musicians from our school, old pupils, Hertford Philharmonia, Royston Choral Society and local prep schools, this will be a rare opportunity to hear Britten’s masterpiece. Our soloists will be Soprano Nina Bennet, Tenor James Way and Baritone Lukas Kargl.

The War Requiem, is regarded by many as a masterpiece in the non-operatic sphere. Britten intersperses his setting of the traditional Latin Missa pro Defunctis with nine poems of the First World War poet Wilfred Owen. Written in a direct style, the War Requiem carries overwhelming conviction, and concert audiences the world over continue to respond to its timeless relevance.