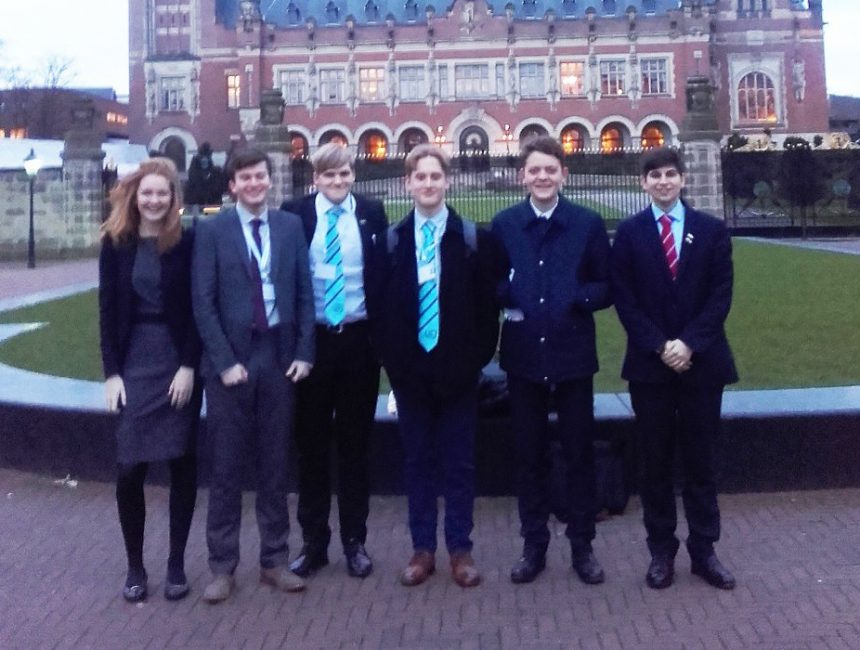 Our pupils have been debating real-life issues at Model United Nations (MUN) conferences both abroad and here in the UK.

MUN sees young people assuming the roles of delegates to the United Nations and writing and debating resolutions to issues.

THIMUN is a five day simulation of the United Nations, and is the largest event of its kind in Europe. The theme of this year’s conference was ‘Building Civil Society through education’

Haileybury pupils represented Mauritius and had several of their amendments passed by committees. One highlight was a visit by Dutch royalty – HRH Princess Mabel van Oranje gave a presentation to the delegates.

On Saturday 3 February, another group of pupils took part in the MUN conference at the John Warner School in Hoddesdon.

Over 150 pupils from different schools represented 33 countries at the conference, and our pupils came away with a string of awards for their performance. Well done to:

We are now looking forward to holding very own Haileybury MUN conference next month. Running for about 20 years, it is one of the largest conferences of its type in the UK. Last year 600 pupils and teachers from around the world took part.