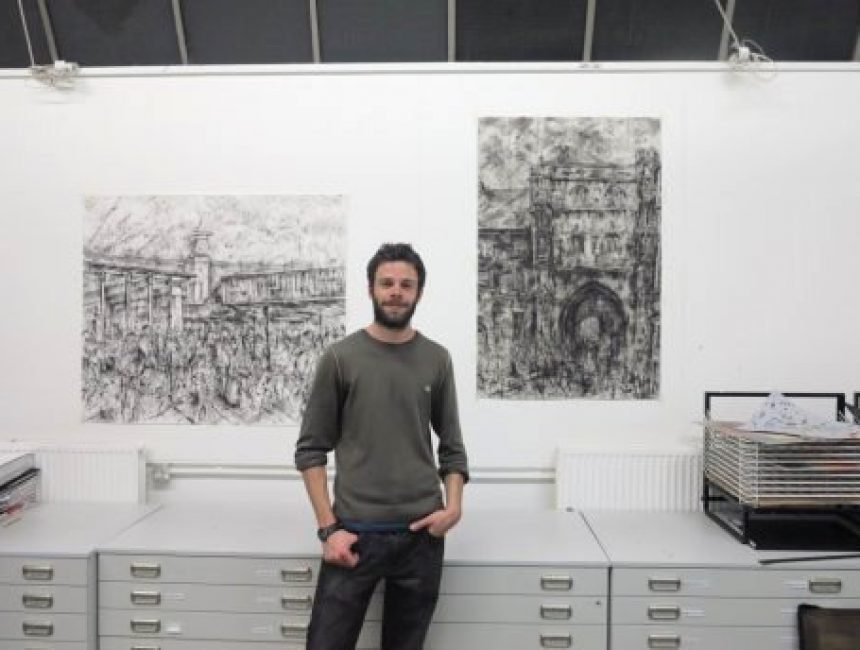 James spoke about the often lengthy processes behind the creation of his impressive charcoal works, such as his drawing of King’s Cross Station in London.

He revealed that his large scale drawings are created by collecting pages of information on site in the form of sketches, before actually producing the works in his studio.

He also touched on the subtle concepts behind his works; to convey the illusion of motion and time passing, through a combination of vigorous and more gentle strokes of compressed charcoal.

To find out more about James go to: http://www.jamesallendrawings.co.uk/index.htm

Article and photo by Abdul U-K.