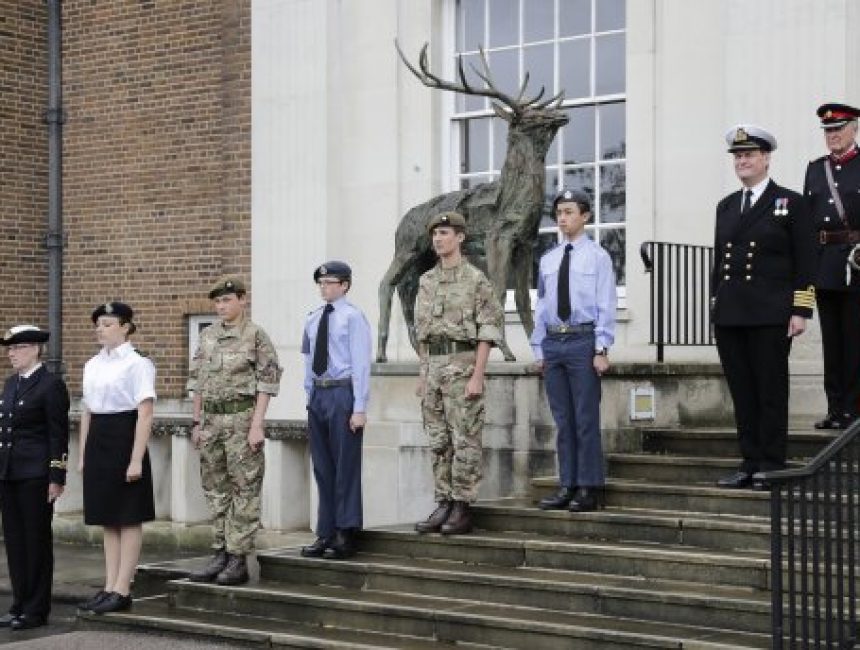 The cadets completed a drill as the Armed Forces flag was raised at the venue. The senior NCO was Lower Sixth pupil Henry Taylor who issued the drill commands and gave the salute.

Afterwards, the cadets were invited to a buffet lunch by the council chairman, where they met various VIPs and members of the regular and reserve Armed Forces.

Armed Forces Day allows people up and down the country to show their support for the men and women who make up the Armed Forces community.

Haileybury's CCF has a proud history dating back to 1886 and has sections for the Royal Navy, the British Army and the Royal Air Force.