Amy is Junior Chef of the Year 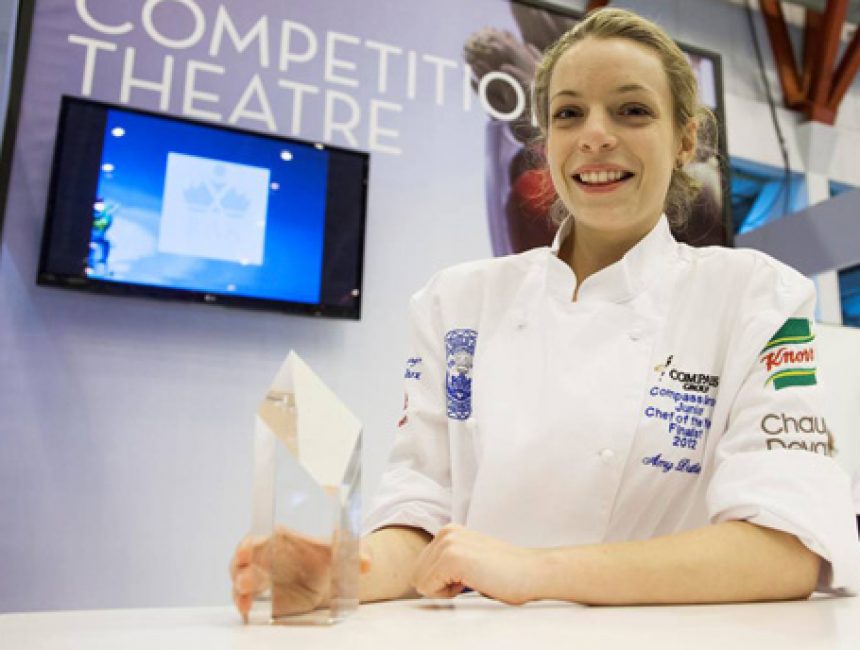 Amy Duthie, Commis Chef at Haileybury, has become Compass Junior Chef of the Year. From over 300 junior and senior entries, seven young chefs had just 90 minutes to prepare and present a three-course meal to battle for the title in the final of the competition held at London's Earl's Court last week.

Amy was supported on the day by Lee Warren, Chef de partie here at Haileybury and Junior Chef winner of 2011. Catering Manager Jackie Williams was also there to cheer Amy on and Lezeck Karpinski – Sous Chef at Haileybury who won the Senior Gold title last year – shadowed the judges as part of his 2011 prize and the finale to his fantastic year. Such awards demonstrate the great skill, passion and expertise we have in Haileybury's catering staff.

Haileybury's Catering Manager Jackie Williams said, "Amy did so well; cooking in front of a large audience is not easy. I continue to be proud of all of our Chefs' achievements, they are a great team and support each other to develop their skills – always looking for new and exciting dishes for our menus. Haileybury pupils, staff and visitors benefit from their great culinary skills and dedication to their craft every day."