All washed up: Haileybury pupils collect litter from Belgian river 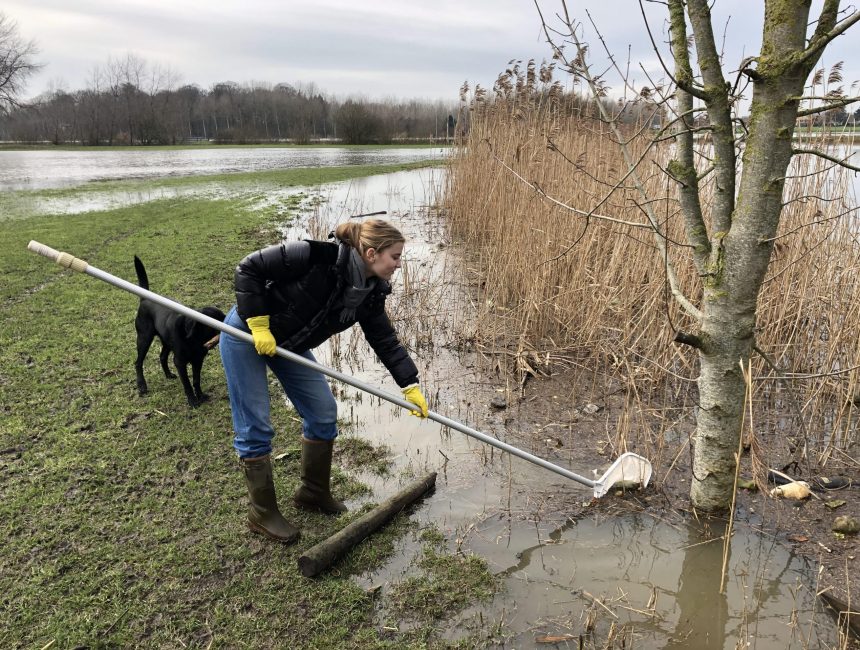 More than ever, it is essential that people look after the environment and the wildlife within it. This is why Lower Sixth pupils Hadrien and Camille have set up an initiative to clean the river Leie, a major river flowing through their village in Belgium. After a flood, the river had overflown and lots of litter in the area washed up on the riverbank. Camille and Hadrien wanted to take action, as it was not only an unpleasant sight, but they knew it would also affect the environment.

Throughout the pandemic, the pair went to the river every weekend and began collecting litter over the course of a few hours. There is a bend in the river, which causes the waste to get caught on the side of the river bank, so they felt that it was best to start their clean-up there. In the first three weeks of their clean-up, Hadrien and Camille collected eight full bags of litter. 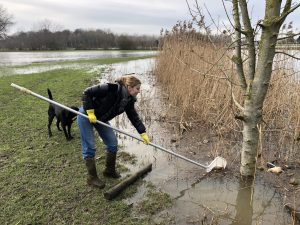 Both decided that it would be a good idea to find uses for the litter that they collected, instead of throwing it away to go to landfill. Any bottle caps that have been collected will be donated to a charity in Belgium called the Belgian Centrum for Guide Dogs (BCG), who will recycle the caps in return for money that goes into the charity. When asked why they chose this charity, Camille said, “We have chosen this charity because we have worked with them before and they provide help to people who are in need of guide dogs but may not be able to afford them.” 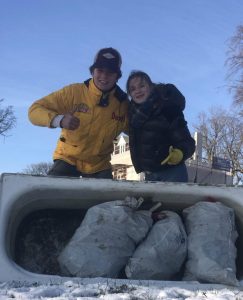 Alongside donating bottle caps, both pupils try to find pieces of plastic that they can utilise for an art piece as part of their CAS project. Hadrien and Camille are both eager to continue with their project until the river is clean, therefore they will also be returning during the summer once the river water lowers so that they can catch anything that has drifted to the bottom of the river bed.

When asked why they wanted to clear the river, Hadrien said, “my message is simple; every little helps. All small initiatives can contribute to a greater achievement; the only limit is your personal determination.”

We look forward to hearing how much litter Hadrien and Camille can collect in the coming months.