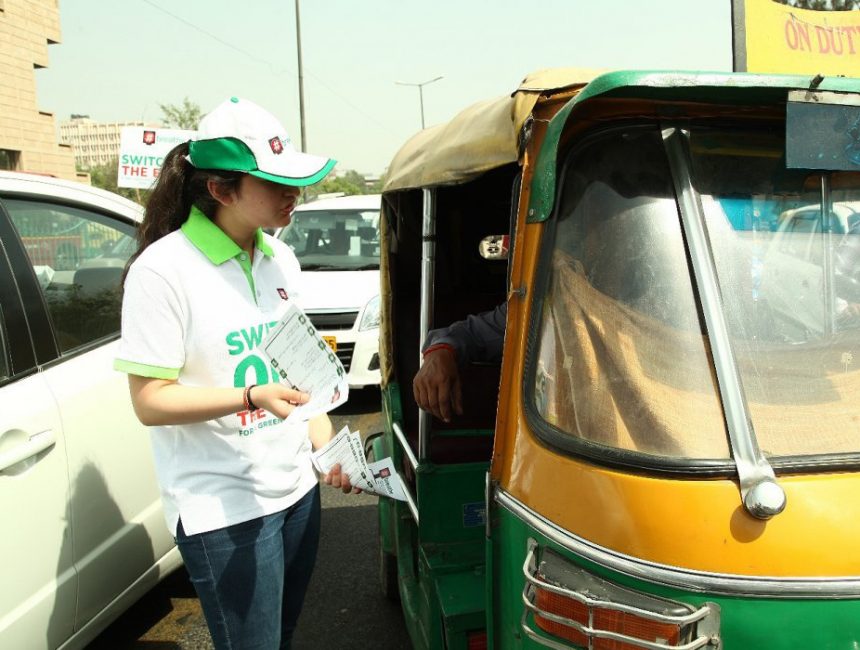 Launching a clear-air campaign to tackle the capital city of India’s pollution problem might not be what your typical teenager chooses to get up to in the school holidays.

But that is exactly what 17-year-old Haileybury pupil Aadyaa S did, putting her desire to make a positive difference into action by running an innovative campaign called #Breathe.

Sixth Former Aadyaa, who lives in New Delhi and is a boarder, says she first realised the scale of the city’s pollution problem when she started coming to school at Haileybury, which is located in the Hertfordshire countryside.

“I always knew there was a problem but after being in the middle of the countryside the utter difference really hit me, especially closer to winter time when you can actually see the smog,” she says. “I was fortunate enough to talk to some of my father’s friends who were heavily involved in air pollution and this just stirred something inside me to try and do something myself. Vehicular pollution is one of the biggest contributors to air pollution in Delhi and I live opposite one of the busiest crossings in the city, so I thought I would start with what is closest to me.”

Aadyaa ran a 10-day long public awareness campaign last year on the impact of switching off the ignition while waiting at red lights for longer than 15 seconds. Along with a group of her friends, she took to the streets of New Delhi, namely one of the busiest crossings in the city, holding placards that said: ‘Switch off the engine at red lights that are longer than 15 seconds for a greener tomorrow’. They also distributed pamphlets and air masks to members of the public.

Aadyaa also spoke at a number of schools in New Delhi to raise awareness among her peers and to recruit volunteers, as she thought the “message would be most effective if it was done through the youth.”

On the last day of the campaign nearly 100 schoolchildren joined her to spread awareness.

Not stopping there, Aadyaa ran two more rounds of the campaign, the first in October 2017 and the second most recently during the Christmas holidays in December 2017.

She says: “I think the first step towards any change is being aware about what is happening and accepting that it is affecting us all. However, I felt the problem in Delhi was that everyone knew about it, but they would stop at knowing that it is a problem as they couldn’t see a way out of it. So a big part of my campaign, along with spreading awareness, was to provide relatively simple suggestions or changes one can make to their daily life to make sure they are playing their role as an aware and green citizen.”