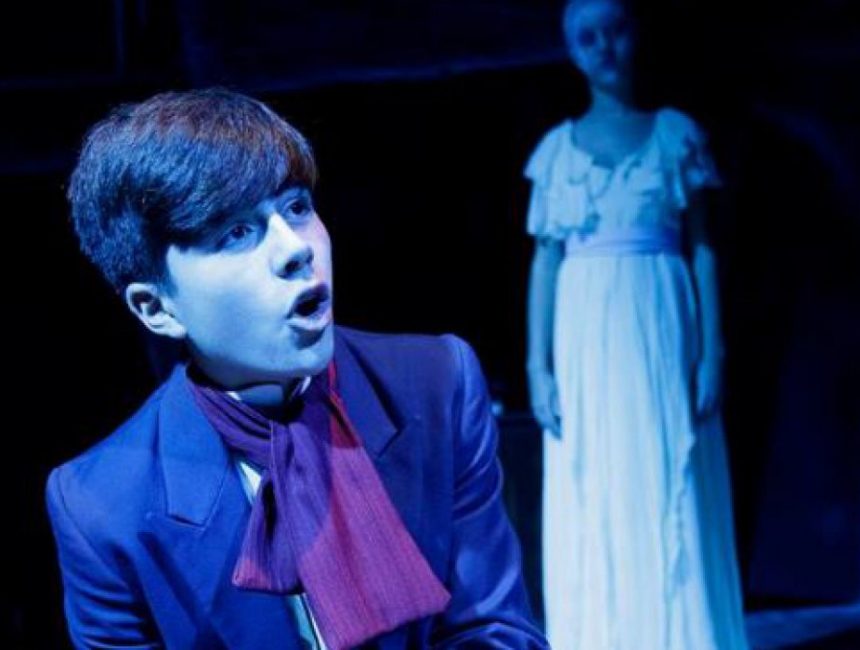 Our Removes and Middles pupils performed Charles Dicken’s A Christmas Carol to a packed Ayckbourn theatre audience on 6, 7 and 8 December.

The theatre stage was arranged to what is known as ‘traverse staging’, a form of theatrical stage in which the audience is seated on two sides of the stage facing towards each other. This practise fundamentally challenged our pupil actors to be constantly aware of their proxemics in relation to the audience. As a result, the play became much more of an immersive experience with Chorus Carol Singers around and throughout the audience. Traverse staging further reinforced Dicken’s intention of people coming together: Scrooge has to come out of his isolation into joining the rest of humanity.

Charles Dicken’s A Christmas Carol is recognised as one of the greatest stories about redemption. It is about change, second chances and how we all have the potential for transformation. This is a story that is rooted around Christmas but is actually applicable for any time of the year.

Jacob Thomas, Director of Drama at Haileybury, commented: “This heart-warming production certainly brought such themes marvellously to the fore, as well as showcasing a range of technical theatre expertise; but the highlight were the pupils who worked brilliantly as an ensemble led by a stellar performance from Harvey as Scrooge. Well done to all and particular thanks to Mr Byers for his hard work and vision whilst directing the play. “