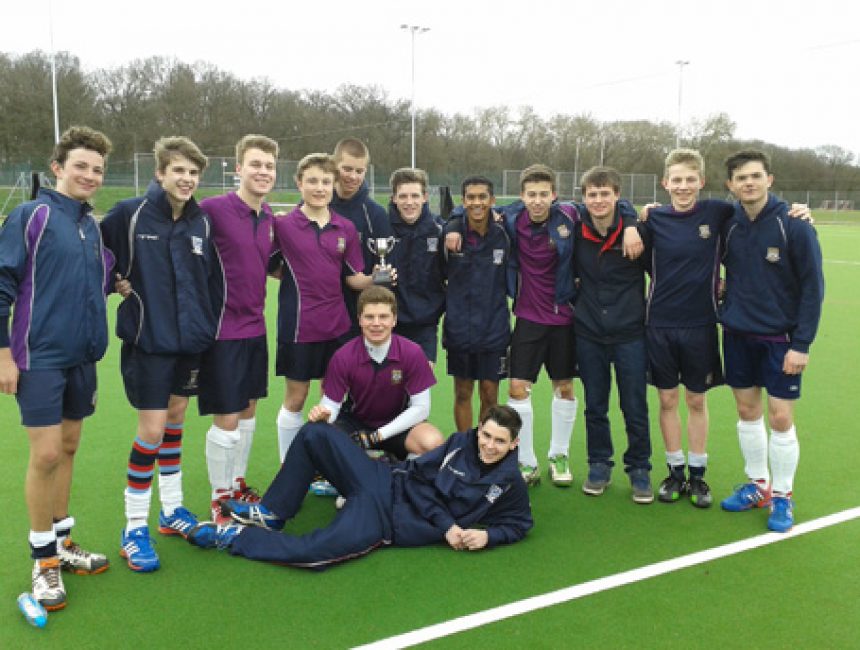 James Brooking (L6) collected his first piece of silverware as Captain of 1st XI hockey earlier this month after the team put together a mesmerising performance against the Old Haileyburian side.

The 1st XI won 6-2, which included a memorable hat-trick from Tristan Cummins (L6) and won them the Helsinki Cup. The annual fixture is so-called in honour of OH Tony Nunn who won a Bronze Medal representing GB Hockey in the Helsinki 1952 Summer Olympics.

Alex Pilgrim, manager of OH hockey: "It was a tough game which was won by the more fluent side; we are determined to put together an outfit to challenge for this wonderful Cup next year, and with the addition of one or two of this year’s Upper Sixth, perhaps we will come closer in 2015!"