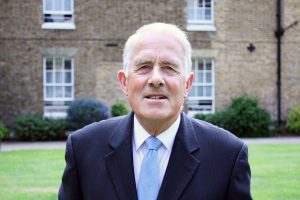 Alan’s career was primarily in healthcare services in the UK, USA and Australia and included being CEO of Community Hospitals and Chairman of several companies. He obtained a BSc in Statistics at University College London and qualified as an FCA with Ernst & Young. Former Haileybury parent. 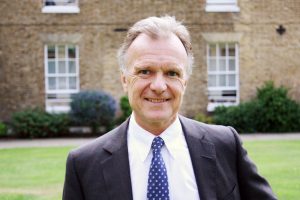 Charles spent 30 years in private equity with Permira, serving on many boards, including Homebase, Saga and the AA. He has an MA in History from Cambridge and an MBA from Harvard and is studying for an MSc in Philosophy & Public Policy at the London School of Economics. Former Haileybury parent. 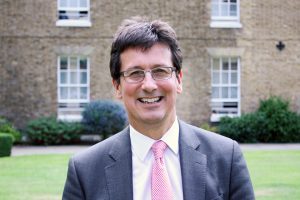 Richard spent 36 years in the investment banking and asset management sectors, including management of the European business for a US-based firm. He has an MA in Geography from Cambridge and is a Fellow of the Royal Geographical Society. Richard has a long family history with Haileybury. Former Haileybury parent. 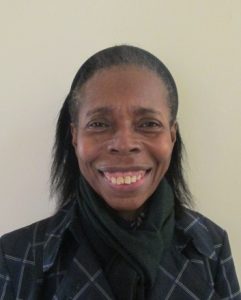 Charlotte is Senior Corporate Partnerships Manager (Membership & Philanthropy) at The Barbican Centre. She started her career in venture capital and investment banking before joining Ernst & Young where she spent ten years before moving into the non-profit sector. Charlotte has previously held development roles at the Royal Academy of Engineering, the National Gallery, the London School of Economics and Chatham House. 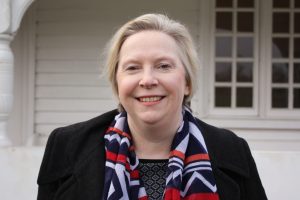 Charlotte is Headmistress of St Mary’s, Cambridge and the 2017 President of the Girls’ Schools Association. Educated at St Paul’s Girls’ School she read English at St Anne’s College, Oxford. She holds governorships at a local maintained academy in Cambridge and at Mill Hill School. 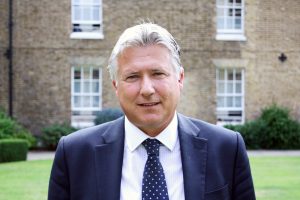 Adrian is the current Headmaster of Orwell Park Prep School in Suffolk having previously spent 20 years at Ipswich School. He has an MA in Modern and Medieval Languages from Cambridge and was awarded a Cricket Blue in 1986. He played professional cricket for Essex between 1987 and 1992. 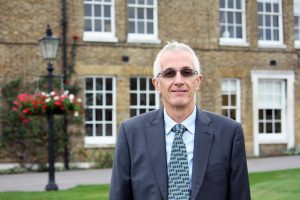 Adrian spent 23 years with Shell in seven countries across three continents, becoming Chairman and Chief Executive of Shell Gabon (West Central Africa). He holds a PhD in Geodesy from Newcastle University and is a magistrate in the criminal and family courts. He is a current Haileybury parent. 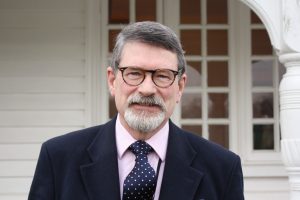 Gerald has spent 27 years as a Bursar in both the maintained and the independent sectors, having previously been Finance Director of Civil Engineering and Horticulture companies. He has an MA in English Language & Literature from Oxford. 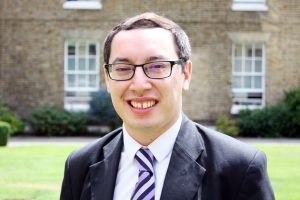 Nick is Director of Development for the Manchester United Foundation. He has previously worked for UCLH, Bryanston School and the London School of Economics. He is a former president of the Haileybury Society and has a BA in Accounting & Economics from the University of Lancaster. Old Haileyburian. 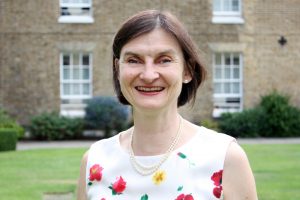 Recently the Church of England’s Director of Cathedrals and Church Buildings, Janet previously worked at Sotheby’s, in the City and other commercial and not-for-profit organisations. Janet has an MA in History and Art from Cambridge, has lectured and guided at the Victoria & Albert Museum, and was awarded an OBE for services to heritage. Old Haileyburian. 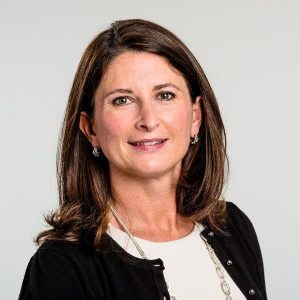 Helen has an LLB from Southampton University. She is a lawyer with over 25 years experience and is an Equity partner in a City firm where she sat on the Partnership Board for 6 years and is now a member of the Operations Board. She is a current Haileybury parent. 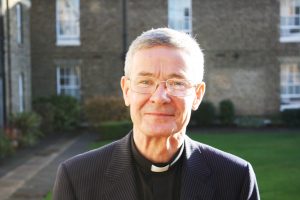 Steven is an Anglican priest. He has a BA in History from Reading University and an MA in Theology from Oxford. He has been a School Chaplain, a Housemaster, a Deputy Head and a Headmaster in the independent sector and has served as a Governor of both maintained and independent schools. 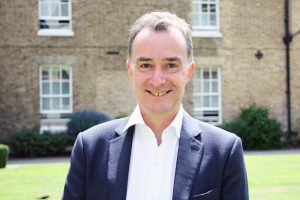 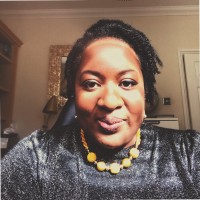 Rebecca has a medical degree from the University of Nottingham and works as a GP with a special interest in mental health. Rebecca was a Governing Body member for Enfield Clinical Commissioning Group for over three years and also works for the Healthy London Partnership as clinical lead for eating disorders. Rebecca is passionate about young people and mental health. She is a current Haileybury parent. 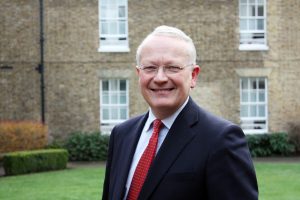 Tim had a 33 year career with Strutt & Parker, where he was an Equity Partner, Head of Agency in Sussex and Kent, and Regional Chairman of the South East. He is now an Independent Search Agent & Property Consultant. Old Haileyburian. 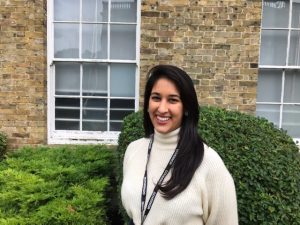 Toral is a senior strategy manager at University College London Hospital and is responsible for overseeing hospital redevelopments and international strategic and commercial partnerships.  She has worked in the NHS for over 11 years in a number of strategic and operational roles, including managing Paediatric and Adolescent services at Great Ormond Street Hospital and also University College London Hospitals.  She completed a BSc in Business, Mathematics and Statistics at the London School of Economic and Political Sciences and is currently pursuing an MBA at Ashridge Business School. 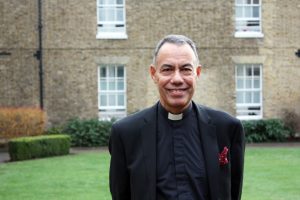 In addition to running a parish and serving as a Priest-in-Ordinary to the Queen, Paul spent over thirty years working in education, serving as Chaplain at Brighton College, Mill Hill and Emanuel before retirement in 2017. A qualified teacher, Paul holds Theology degrees from Durham, King’s College London and Lampeter. 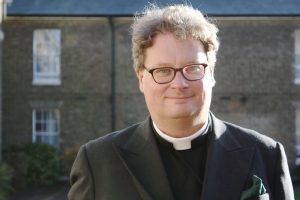 David  has been Senior Chaplain at Tonbridge School since 2011 and is also a Senior Student Housemaster. Prior to joining Tonbridge in 2008 he was a parish priest for nine years. He has degrees in both History and Theology from King’s College London and Oxford University respectively. 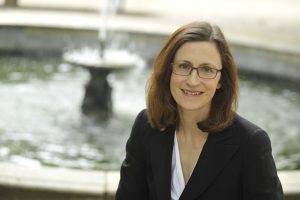 Rosalind is a barrister and arbitrator specialising in commercial law, practising from Fountain Court Chambers, London. She completed a BA in Law and French Law and a BCL at Pembroke College, Oxford. She is a current Haileybury parent. 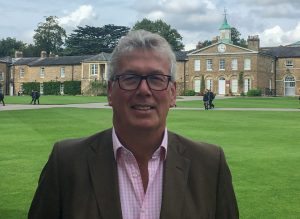 After qualifying as a Chartered Accountant in the UK Martin spent some years in Bermuda managing offshore insurance companies. Returning to the UK Martin was a Managing Director at Marsh insurance brokers where he specialised in risk management and insurance strategies for multinational companies. Martin has a BSc in Economics from the University of Hull.  He is a current Haileybury parent. 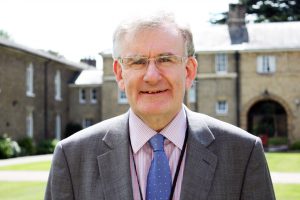 Nigel studied history at Cambridge and has a PhD from University College London. He is a former Head of the Dragon School, Oxford, and The Perse School, Cambridge, and was Chairman of the HMC (Headmasters’ and Headmistresses’ Conference) in 2007. He now does appraising, headhunting and other consultancy work in schools. 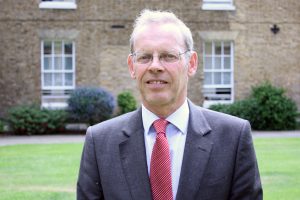 Stephen taught Physics before becoming Head of Department and a Housemaster at Oundle School. He was Headmaster at Felsted School and then Principal at Stamford Endowed Schools. He is an ISI Inspector and has been a governor at a prep school and senior schools. Stephen has an MA and PGCE from Oxford. 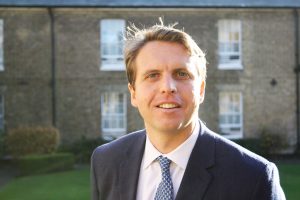 William, who is an Old Haileyburian, has worked at wealth management firm Charles Stanley since 2006. He studied History and Sociology at Durham University. William is a trustee of The Amber Trust. 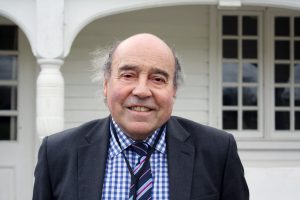 After reading Law at Corpus Christi College, Oxford and a brief spell as a professional cricketer, Stuart spent 40 years in the teaching profession. He was Principal at King William’s College, Isle of Man, Master of Haileybury (1996-2009) and General Secretary of AGBIS (2009-2016).

Governors not on Council

The Most Revd and Rt Hon The Lord Archbishop of Canterbury

The Rt Revd The Bishop of St Albans